Whether or not it’s a coincidence, whoever connoted sage with wisdom could have been on to something. Sage tea can be used for nausea and other stomach issues, but new research shows that sage really shines when it comes to neural health. It has always had a reputation for healing things such as the plague, however research suggests it can improve brain function, memory, and cognition- especially for those with Alzheimer’s. If someone has Alzheimer’s, their brain has a deficit of acetylcholine, an important neurotransmitter. Sage stops the breaking down of acetylcholine, and in studies has shown to produce significant improvements in brain function of Alzheimer’s patients. In healthy people however, other studies have shown memory improvement no matter the age. So if you find you need just a little extra memory boost before your next exam, maybe try adding a little sage to your diet.

How to Use: Sage goes very well in different stuffing, which is why it’s fairly common during thanksgiving. However, if you really want the benefits, try to eat it more than once a year. Sage pairs very well with squashes and walnuts, as well as enhancing a baked chicken or fish. If you’re looking for something a little fancier, try buying or making your own sage butter to use for different recipes. 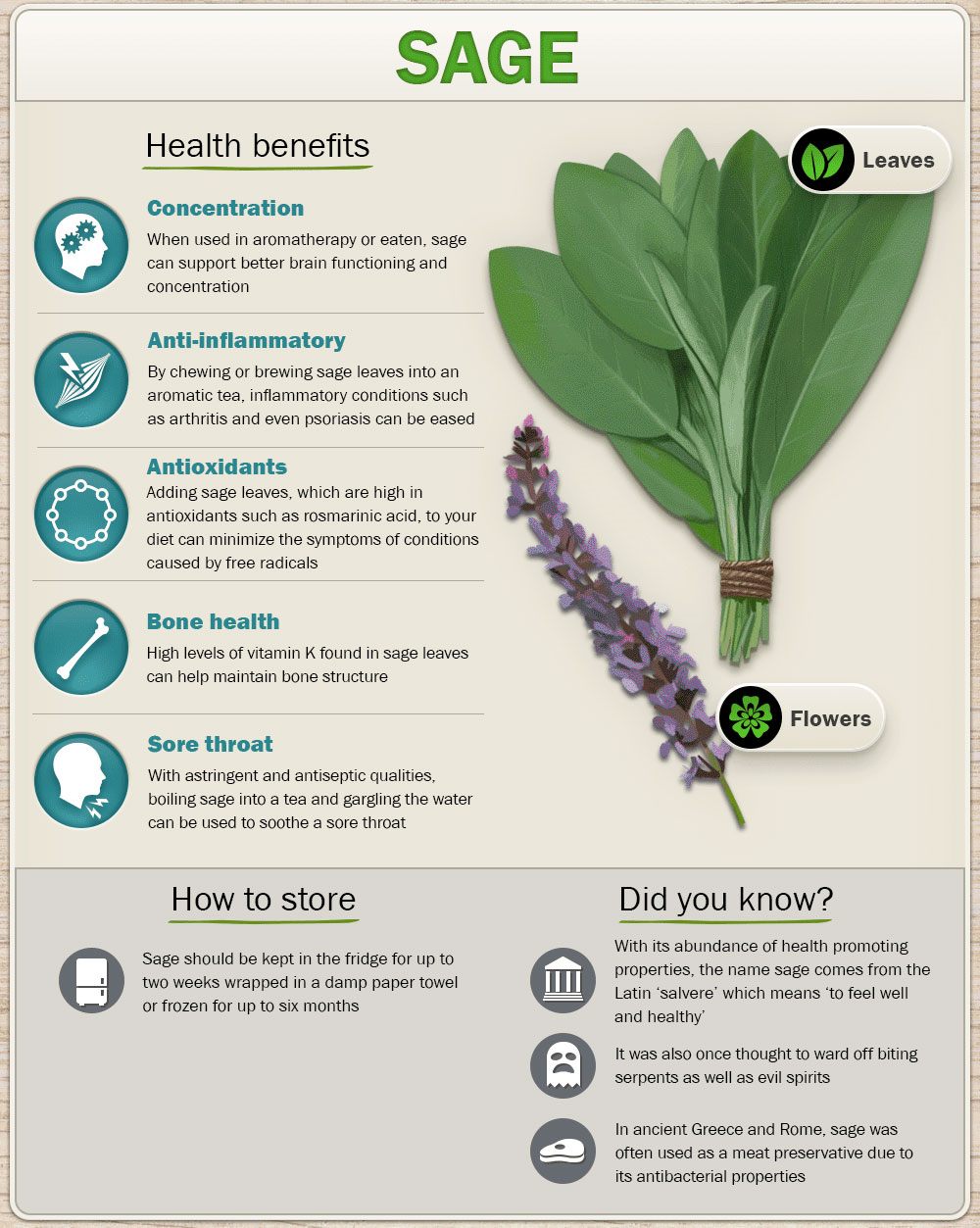 PREVPage 8 of 10NEXT
SUBSCRIBE TO OUR NEWSLETTER
And get your daily dose of health delivered to your inbox
Your Information will never be shared with any third party.
Click here to submit!