Researchers have shown that after drinking beetroot juice, older adults had increased blood flow to the white matter of the frontal lobes, the areas of the brain commonly associated with degeneration that leads to dementia and other cognitive conditions.[7]

High concentrations of nitrates are found in beetroot. When high-nitrate foods are consumed, nitrate is turned into nitrite by the good bacteria in the mouth. Research has found that nitrites can assist with the opening up of the blood vessels, thus increasing blood flow and oxygen to areas which are lacking oxygen.

How much beetroot juice?

Beta-amyloid is a protein fragment associated with Alzheimer’s disease which accumulates in the brain and disrupts communication between neurons. Metals like copper and iron can cause beta-amyloid peptides to misfold which result in them binding together in clumps and promoting inflammation and oxidation in surrounding neurons. A study has found that the compound betanin that gives beetroot its red color could help in slowing the accumulation of these misfolded proteins.

Other research has shown that beetroot juice taken in combination with exercise boosts the neuroplastic effects that exercise has on the aging brain. The beetroot juice helps to improve neuroplasticity by increasing blood flow and tissue oxygenation. The older study participants who consumed beetroot juice an hour prior to exercising had brain networks resembling those of younger individuals.[8]

How to cook beetroot?

Cooking beetroot can reduce the available nitrates except for steaming lightly, which can actually enhance the availability of nutrients.[9] 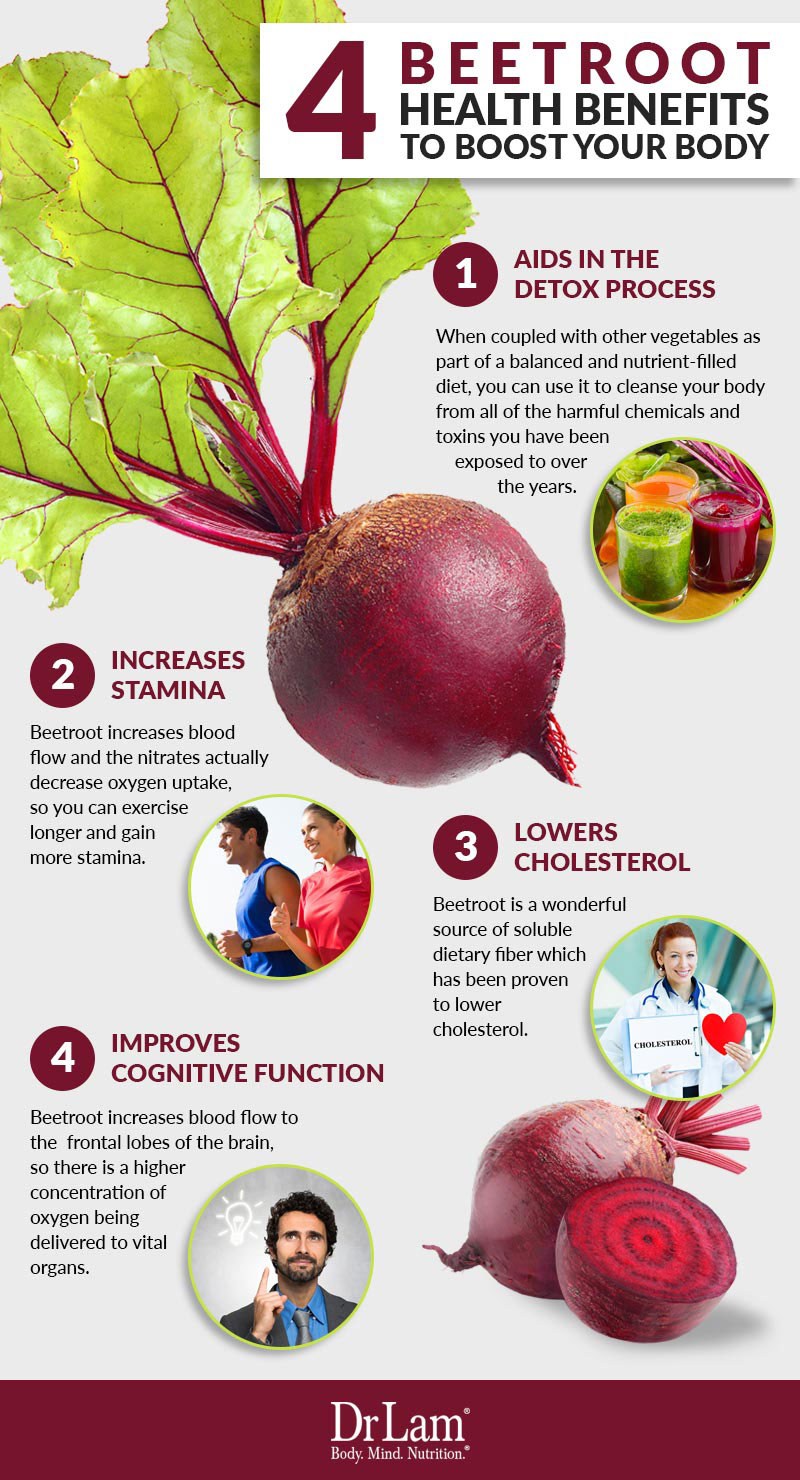 PREVPage 4 of 10NEXT
SUBSCRIBE TO OUR NEWSLETTER
And get your daily dose of health delivered to your inbox
Your Information will never be shared with any third party.
Click here to submit!