Cabbage is an excellent source of vitamin K, important for the metabolism of sphingolipids.[3] Sphingolipids are an important class of lipids found in high concentrations in membranes of the brain cells. Alterations in sphingolipid metabolism are associated with age-related cognitive decline and neurodegenerative diseases like Alzheimer’s. Studies have shown an association between increased intake of vitamin K and improved cognitive performance as well as less severe and fewer subjective memory complaints in older individuals.1✅ JOURNAL REFERENCE
PMID: 26923488 One study found that individuals with early stage Alzheimer’s consumed considerably less vitamin K in comparison to a cognitively healthy control group.2✅ JOURNAL REFERENCE
PMID: 19027415

B vitamins in cabbage

Apart from from homocysteine regulation, B vitamins are required for the functioning and producing of neurotransmitters, the chemicals relaying signals between brain neurons. B vitamins are also required for myelin maintenance, which is the fatty sheath surrounding the cells of the nerves. Vitamin B12 helps in promoting red blood cell development, which carry oxygen to the brain. 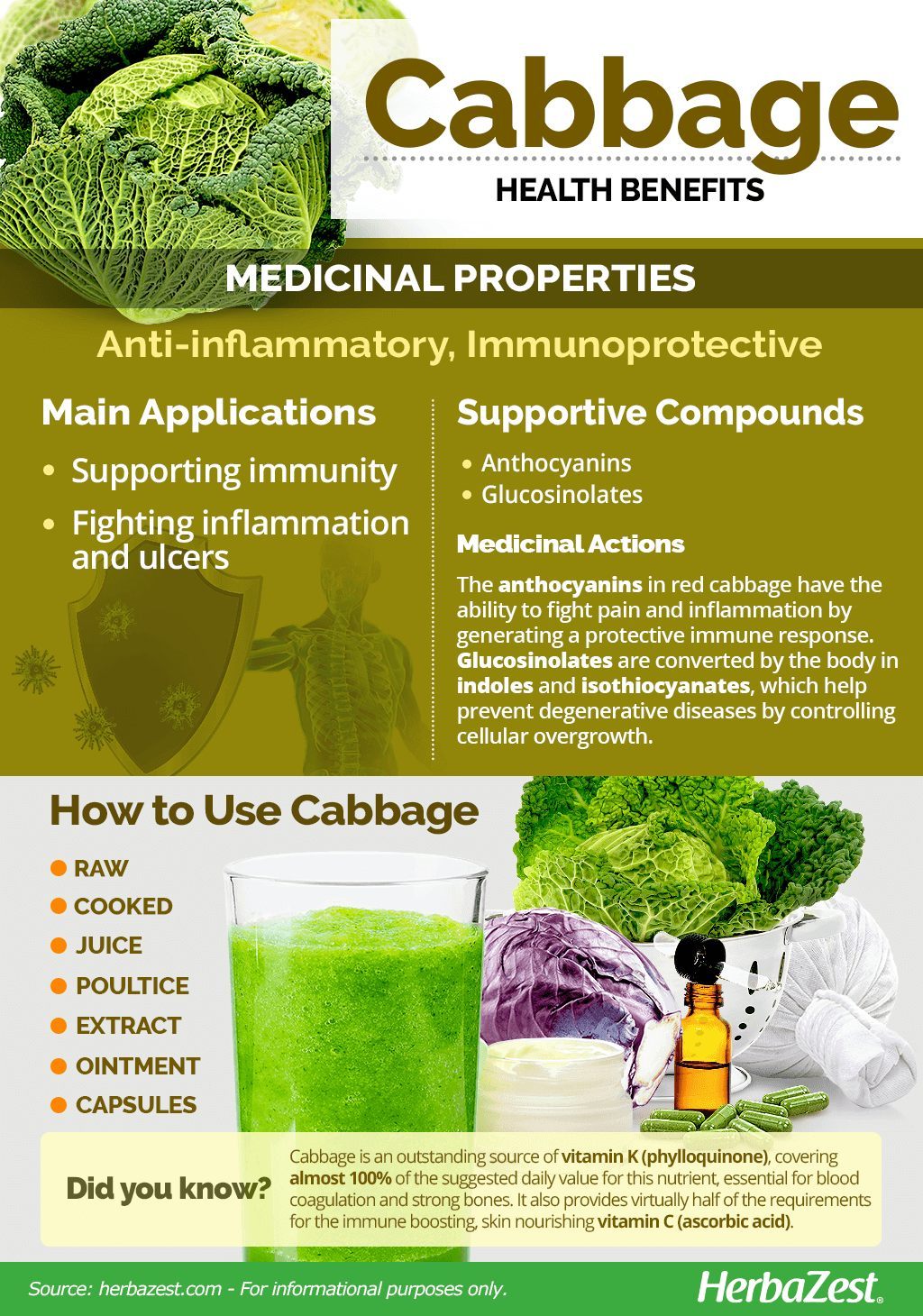 PREVPage 7 of 10NEXT
[mailerlite_form form_id=1]