10 – Eggplant is a good source of nutrients for healthy eyes

Eggplant is a good source of flavonoid pigments known as anthocyanins, which can help in maintaining the health of the cornea and the blood vessels in the eye, reducing the risk of macular degeneration and cataracts.

Eggplant is an excellent source of fiber, potassium, magnesium, copper, folate, and vitamins B1and B6. Eggplant also contains phenols and flavonoids such as chlorogenic acid and caffeic acid, which can fight viruses, harmful bacteria, and cancer.

Where does eggplant come from?

The wild version of eggplant is believed to have originated in India. It was first cultivated in China and was introduced to the Mediterranean in the early Middle Ages by traders from the Middle East. The eggplant was brought to Spain by the Moors in the 12th century and it eventually found its way to the rest of Europe. Eggplant was introduced to the Americas by Spanish traders 4 hundred years later.

Eggplant wasn’t considered acceptable to eat in the US until 50 years ago since many believed consuming it resulted in leprosy, insanity, and cancer.

China is still the world’s leading producer, followed by Turkey, Japan, and Italy. 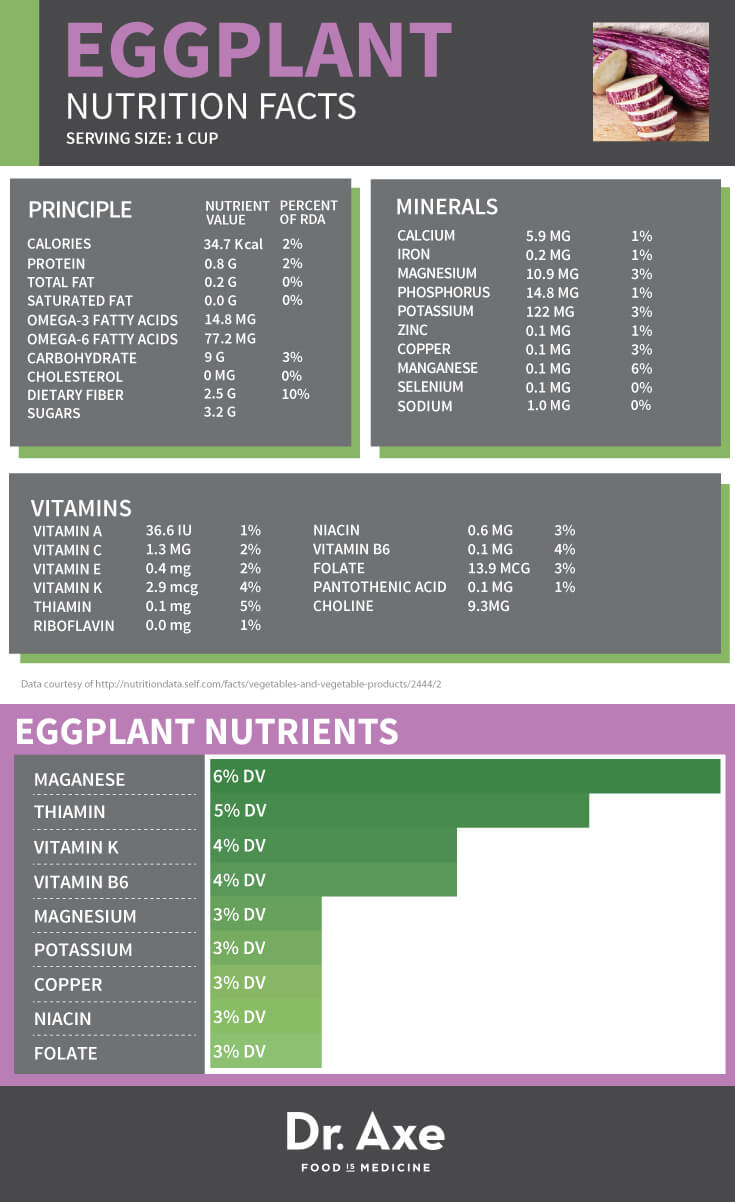