Excess sugar consumption is linked to cardiovascular diseases as well as metabolic diseases such as type 2 diabetes, obesity and heart disease, but there is not much known with regards to the long-term effects it has on our brains.

The researchers explain that these results show correlation but not cause-and-effect and more research is required to figure out how, or if, these beverages are in fact damaging the brain.

For the 1st study, data, which included results from cognitive tests and MRI scans, was analyzed from approximately 4,000 individuals. Data was examined from individuals consuming more than 2 sugary drinks daily of soda, fruit juice, and other soft drinks, or more than 3/week of soda alone. From this “high intake” group, multiple signs of accelerated brain aging was discovered, which included poorer memory, a shrunken hippocampus, and smaller overall brain volume, which are all early-stage Alzheimer’s risk factors. It was also discovered that consumption of at least 1 diet soda a day was linked to smaller brain volume.

In the 2nd study, the researchers looked specifically at whether individuals had experienced a stroke or been diagnosed with dementia as a result of Alzheimer’s disease. After beverage intake was measured at 3 points over 7 years, the participants were then monitored for 10 years, 1,484 individuals over age 60 were monitored for evidence of dementia, and 2,888 individuals over age 45 were monitored for evidence of stroke. No correlation was found between intake of sugary beverages and dementia or stroke. But individuals consuming a minimum of 1 diet soda/day were about 3 times as likely to have dementia and stroke.

Although diet quality, smoking, age, as well as other factors were taken into account, preexisting conditions such as diabetes, which is a recognized dementia risk factor, and could have developed throughout the study couldn’t be completely controlled for. In an effort to limit sugar consumption, diabetics generally consume more diet soda as a group, and some of the diet soda intake and dementia correlation could be as a result of diabetes, along with other vascular risk factors. But the results can’t be completely explained by such preexisting conditions. 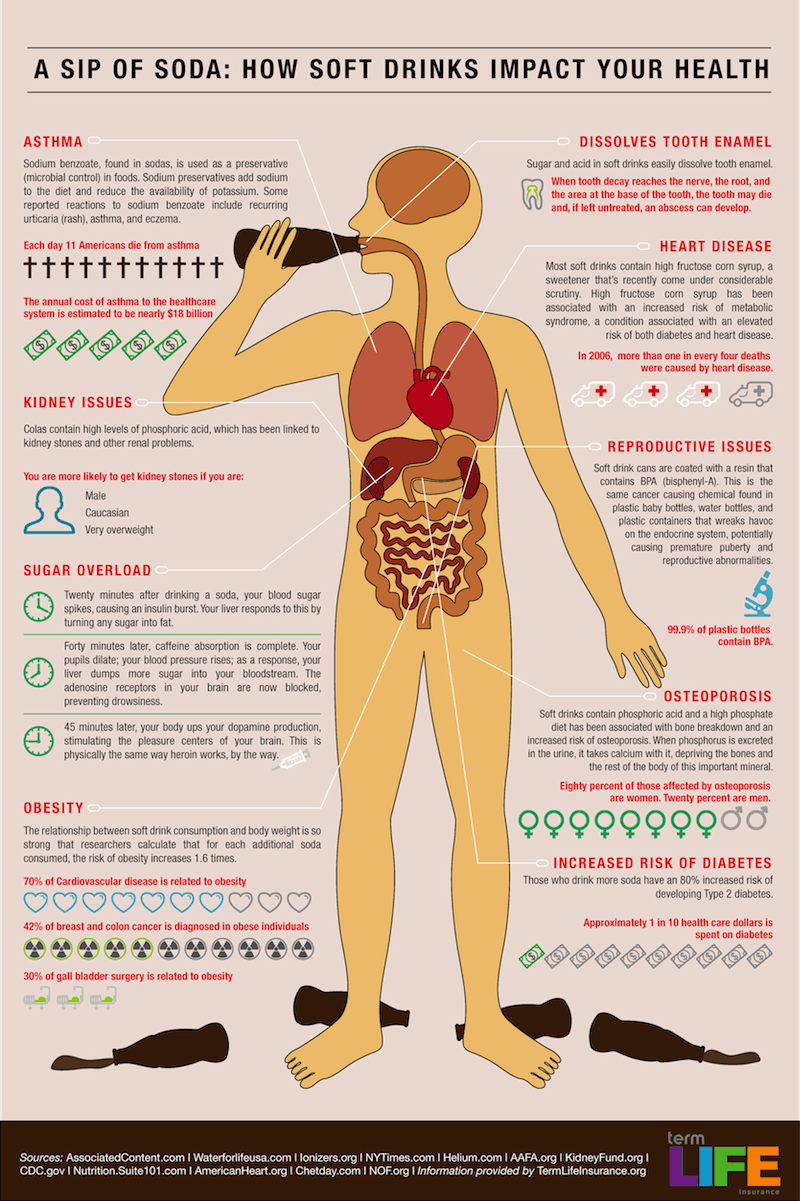