Americans have unnecessarily avoided eggs in the past for dietary cholesterol concerns, despite their nutrition, value, taste, and convenience. However, over 40 years of research has shown that eggs can be enjoyed by healthy adults without any significant impact on heart disease risk .

Current cholesterol guidelines allow having an egg a day, particularly if people choose low-cholesterol foods during the day. It is suggested by the 2010 Dietary Guidelines that eating 1 whole egg each day doesn’t lead to increased blood cholesterol levels and it’s recommended that people consume less than 300 mg of cholesterol each day on average. There is 185 mg cholesterol in a single large egg.

It’s believed the natural reduction in the cholesterol level of eggs could be linked to the improvements that have been made to the feed of the hens.

One egg provides at least 10% of the RDA of vitamin D, and are one of the few foods which are a naturally good source of this nutrient.

The protein in eggs is one of the highest quality proteins found in any food. One large egg has 6 grams of protein or 12% of the RDA, and remains the same as before. For 70 calories, 1 egg has lots of minerals and vitamins. The nutrients in eggs can play a role in muscle strength, weight management, healthy pregnancy, eye health, brain function and more. Eggs are a delicious and affordable breakfast option. 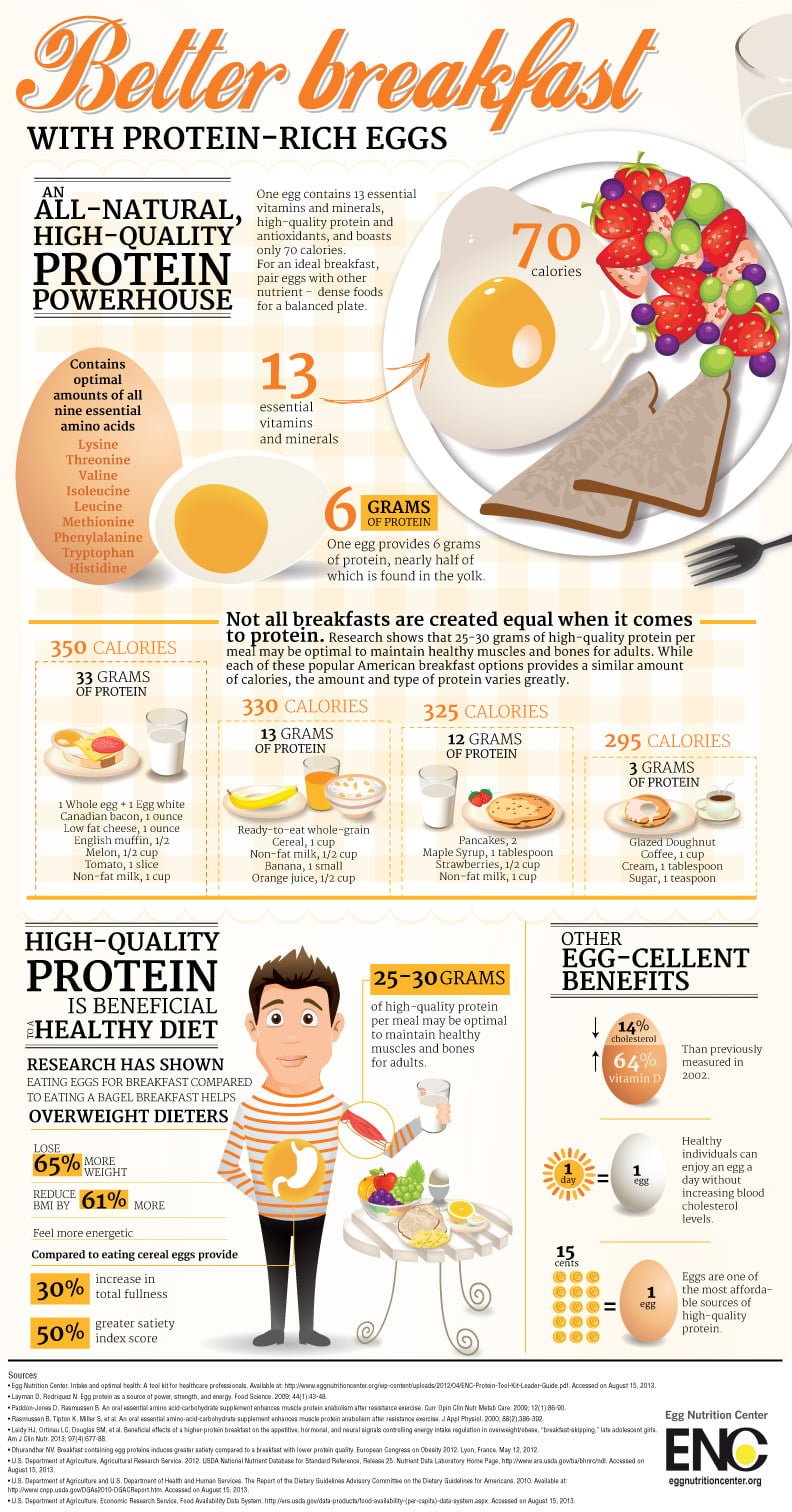