This workout will take you 20 minutes to complete. You stay on each exercise for 20 seconds and then move immediately onto the next (no rest!). Once you’ve completed each exercise, rest for 30 seconds. Repeat twice more, going through the set of exercises three times in total.

The list of exercises below looks long, but you’ll notice the changes from one to the next are small. In some ways, it’s very similar to the work you do on the floor in barre classes. You start with a bunch of squat variations, then move onto a bunch of hip bridge variations, then finish with a bunch of variations in a tabletop (hands and knees) position. It’s really just a handful of movements, making a few small changes to each as you go: full range (large movement) –> pulse (small movement) –> hold (isometric).

I’m breaking up these explanations into three groups: squat moves, bridge moves, tabletop moves. This is just to give you a better idea of the flow of the workout—you do not take breaks in between these groups of exercises. You only rest when you’ve completed the entire list of exercises.

Even though the whole point of this workout is that no equipment is involved, you could always do it with ankle weights on and hold a set of dumbbells during the squats to make it more difficult (neither are needed to feel the burn though—I promise!). 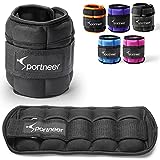 Do these all on the right…

Then do the same moves on the left…

Do these all on the right…

Then do the same moves on the left…