Disrupted sleep seems to be linked to the accumulation of amyloid plaques inside the brains of people not having problems with memory. Amyloid plaques are a characteristic marker for early stage Alzheimer’s disease. More studies are needed to figure out why it’s happening and whether or not sleep changes might predict cognitive decline.

The researchers examined the sleep patterns of 100 people aged 45 to 80 who were dementia free. Half of them had a family history of Alzheimer’s disease. Sleep was measured for two weeks by means of a device placed on each of the participants. Questionnaires and sleep diaries were analyzed by the researchers.

At the end of the study, it was found that 25% of the people had evidence of amyloid plaques, which may appear years ahead of Alzheimer’s disease symptoms begin. The average time a participant spent in bed throughout the study was around 8 hours, yet the average sleep time was 6.5 hours as a result of short awakenings during the night.

The link between amyloid plaques and disrupted sleep is interesting, but longer term studies are needed that follow people’s sleep over years to figure out whether disrupted sleep contributes to amyloid plaques, or rather whether brain changes in early stages of Alzheimer’s result in changes in sleep. The study lays the foundation for looking at whether sleep manipulation could be a possible strategy for the prevention or slowing down of Alzheimer’s. 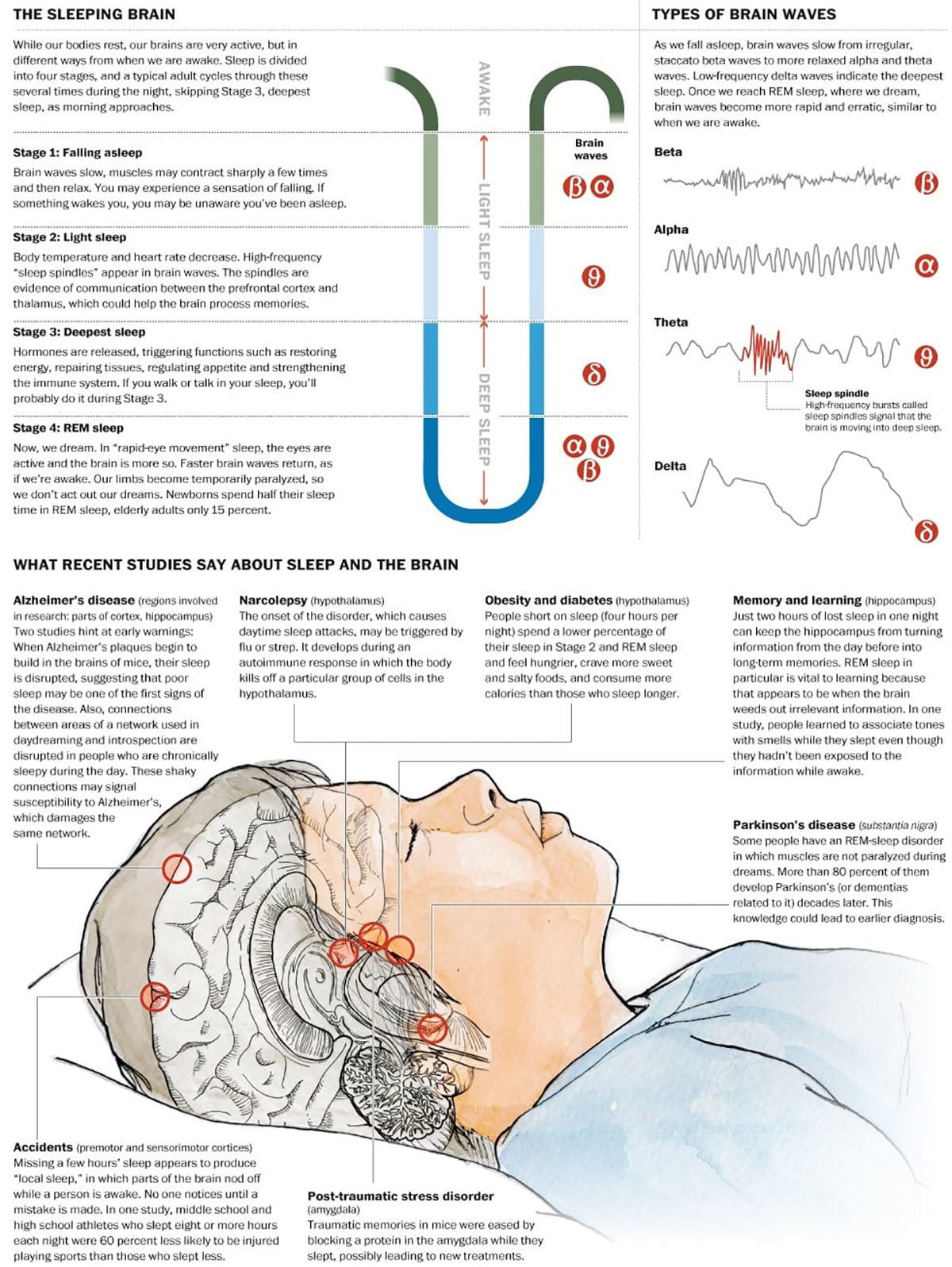