Working out can help shed pounds, but that’s only the beginning. Researchers have found that endurance exercise like a spinning class or jogging can make us look younger. The key, exercise, unlocks the muscle stem cells. The study results explain for the first time why older people who have exercised throughout their lives age more gracefully. The researchers have discovered how the amount of muscle stem cells is increased by endurance exercise and their ability to revitalize old muscles is also enhanced.[1]

The muscles and skeleton in the body works together. We experience osteopenia and sarcopenia when we age, osteopenia referrers to bone loss and sarcopenia is a decline in the mass as well as the function of muscles. Consequently, the musculoskeletal system is more predisposed to daily damage, which also accounts for the increased risk of falls in elderly people.

The study shows that exercise increases the amount of muscle stem cells, or satellite cells, an amount that usually declines with aging. The researchers believe that a decline in the number of these satellite cells and their functionality may prevent proper maintenance of muscle mass and its ability to repair itself, leading to muscle deterioration.

Comparing the performance of rats of various ages, the researchers found that the amount of satellite cells increased when rats ran on a treadmill for 20 minutes each day for 13 weeks . The young rats exhibited a 20 – 35 percent increase in average amount of satellite cells for each muscle fiber retained, and the older rats had an even more significant benefit, showing a 33 – 47 percent increase in muscle stem cells.

The combination of a sedentary lifestyle and aging contributes significantly to the formation of diseases such as osteoporosis, diabetes, obesity, and cardiovascular diseases, in addition to a decline in cognitive abilities. If scientists can discover a way to “boost” satellite cells in the muscles, this could hold our aging bones in place by simulating the performance of young and healthy muscles. 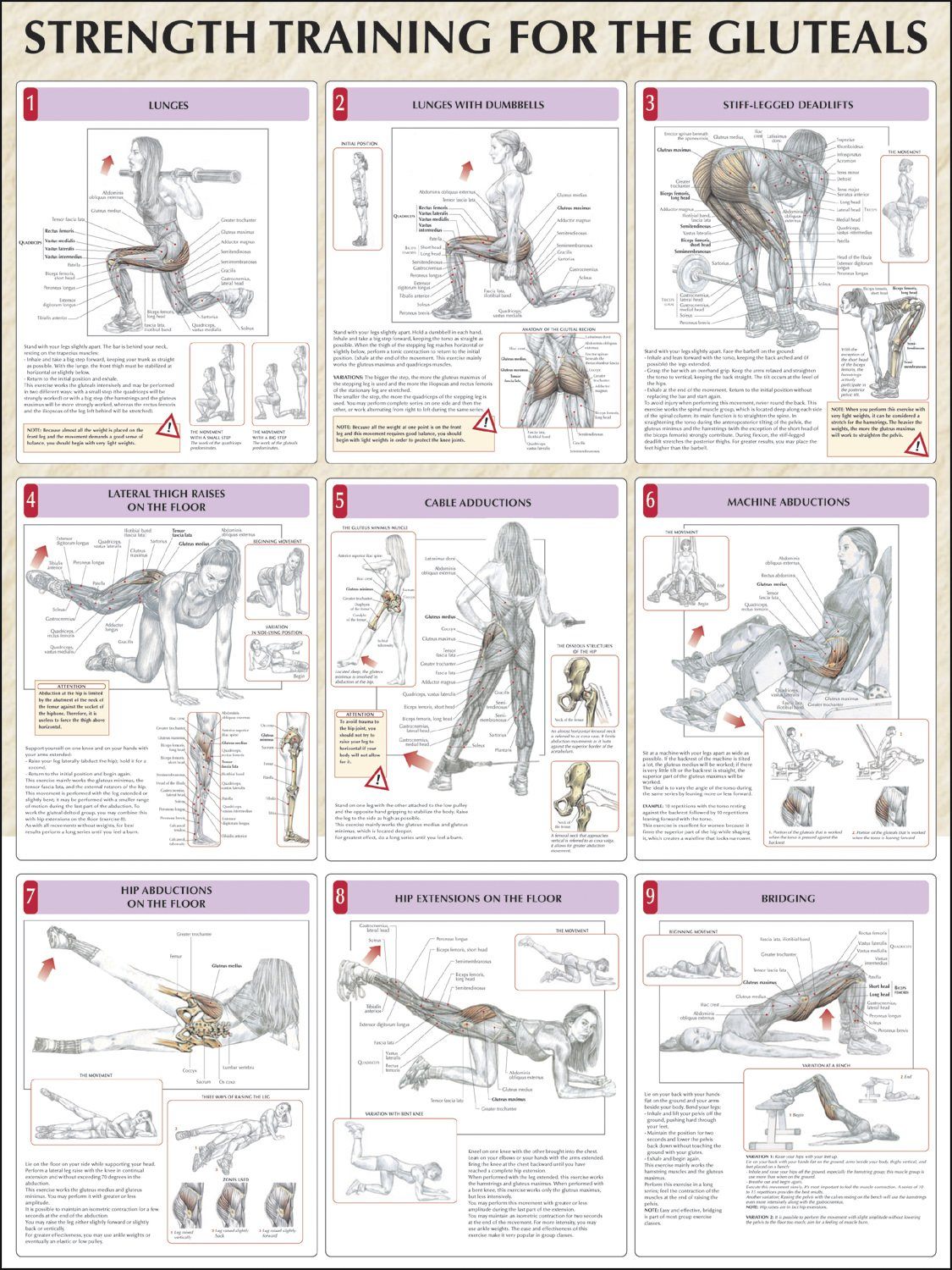 Strength Training For The Glutes Chart