Those who are concerned about the well-being of their fellow humans are happier compared to those who focus only on their own needs. Performing a good deed for someone else gives most of us a pleasant feeling that’s known as a warm glow. Researchers looked at how areas of the brain communicate to produce this feeling, and the results gave insight into the happiness and altruism interaction.[1]

They then made a series of decisions with regards to generous behavior, such as whether to give a gift of money to somebody who’s close to them . While these decisions were being made, activity in 3 brain areas was measured: the area where the pros and cons are weighed in decision-making processes called the orbitofrontal cortex; the area where generosity and prosocial behavior are processed called the temporoparietal junction; and the happiness associated area called the ventral striatum. Different interactions were seen in these 3 brain areas, according to whether the individuals had committed to being generous or selfish.

Their happiness was recorded before and after the study. A remarkable discovery was that the intent alone generated a neural change before the action was actually implemented. Just the intent of generosity was enough to bring about a change in the area of brain which makes us happier. It triggered the altruistic brain area and increased the interaction with the area related to happiness. 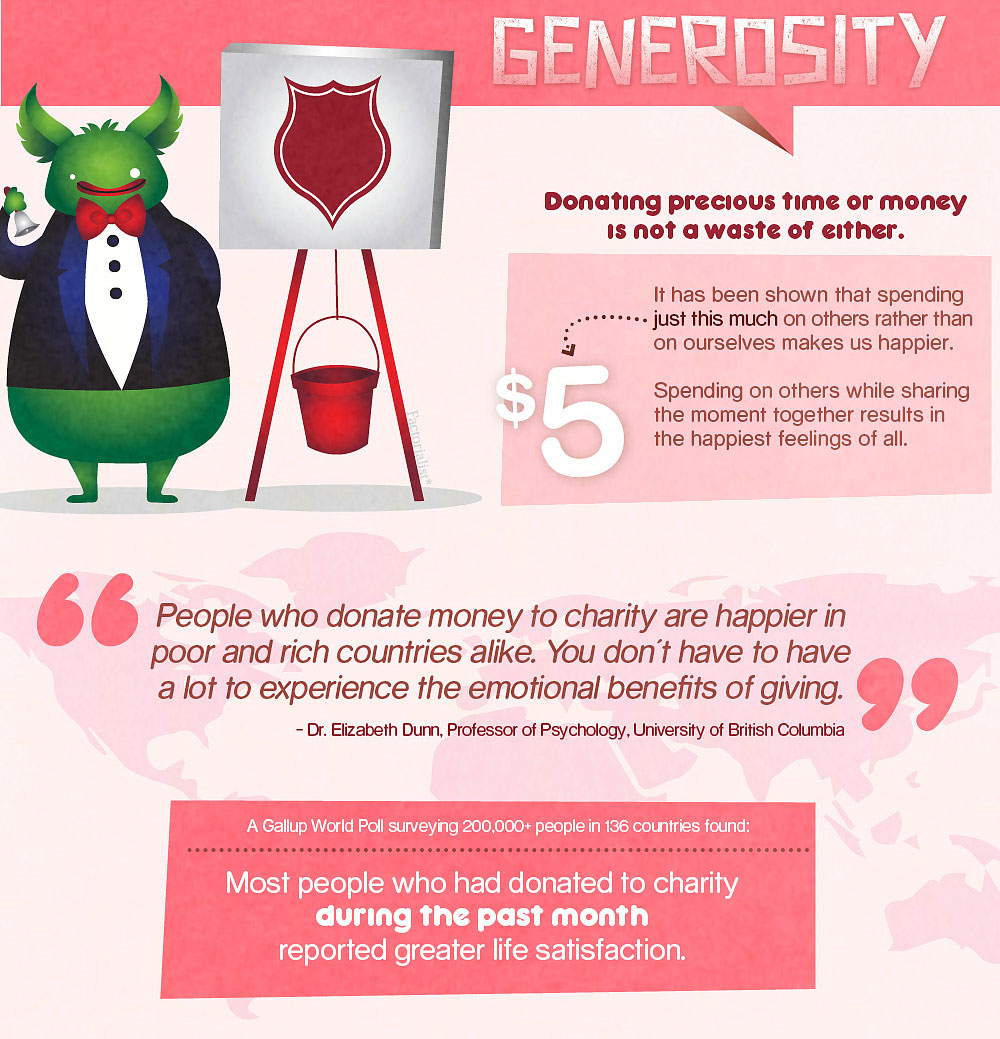