According to a study of runners, hip strengthening exercises reduce patellofemoral pain, a typical knee pain encountered by runners, as well as improved the gaits of the runners The study results reveal that the hip strengthening exercises were successful in reducing knee pain, which corresponded to improved mechanics. Only recently have researchers begun looking at the hips as a possible cause of patellofemoral pain.[1]

The runners in the research received no training or coaching on proper running form, which makes the improvements more notable. The improvement in mechanics was similar to those of uninjured runners, when limbs, muscles and joints move in synch with each other. The study involved 4 runners and a control group made up of another 4 runners. Measurements of Hip strength and kinematic data, fine measurements of how the knees, hips and shin bones moved and rotated when running, were noted before and after the runners in the control group kept their normal running routine for 6 weeks, and noted for all of the runners before and after the next 6-week period when they all performed the exercises.

The exercises, single-leg squats and resistance band exercises which can all be performed at home were performed twice each week for about 30 – 45 minutes. On completion of the 6-week program, the movement of the hips and knees in relation to each other improved for both groups of runners, showing increases in joint angles between the shin, foot and thigh.

Patellofemoral pain, one of the more typical running injuries, is brought about when the thigh bone rubs up against the back of the knee cap. Runners having patellofemoral pain normally don’t feel knee pain when they start running, but when the pain begins, it gets progressively worse. Once they stop running, the pain disappears almost immediately. Research shows that patellofemoral pain basically wears away cartilage and can have a similar effect as osteoarthritis. The participants exhibited many of the typical indications of patellofemoral pain, the most notable being the knees collapsing inward while running or performing squats. 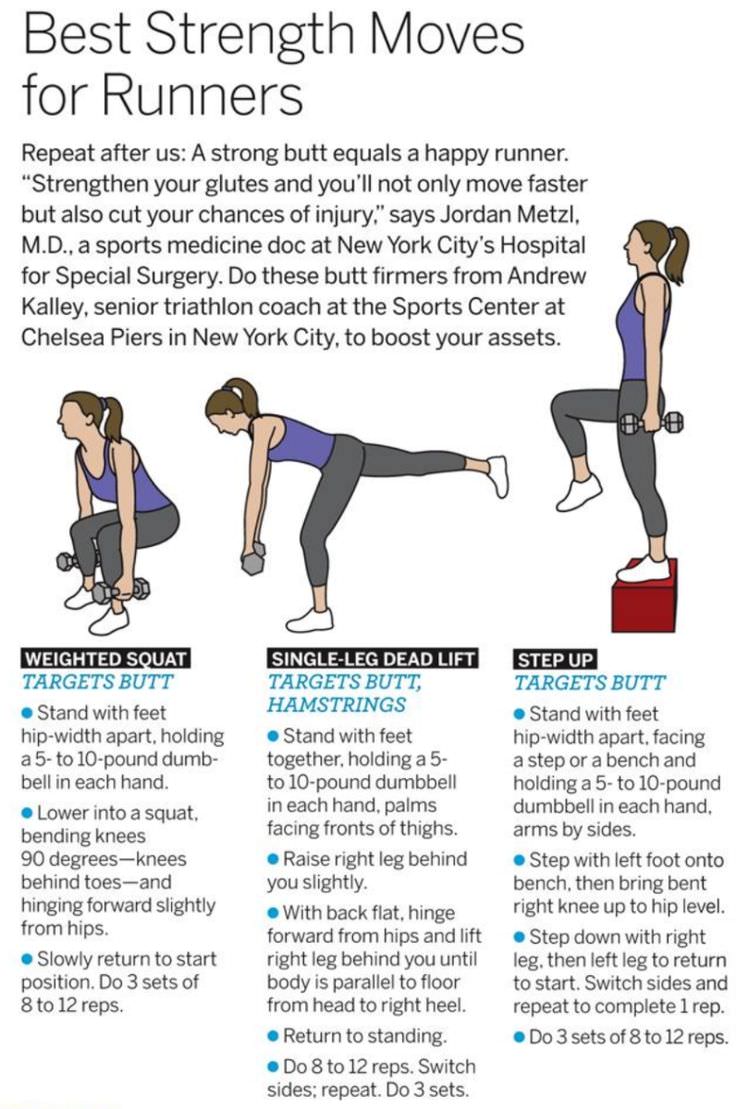