According to a study, inhaling the liquid used for flavoring electronic cigarettes can increase cardiovascular disease risk, and that vaping e-cigarettes isn’t a safe alternative to smoking traditional cigarettes. The effect that the e-liquids have on the endothelial cells lining the interior of blood vessels, which play an important role in cardiovascular health, was investigated.[1]

It was discovered that laboratory grown endothelial cells exposed to the e-liquids, as well as blood collected from users soon after vaping e-cigarettes, are less viable and exhibit a significant increase in levels of molecules that are implicated in DNA damage and cell death. The endothelial cells are also less capable of forming new vascular tubes and participating in the healing of wounds.

How severe the cells were damaged, even in the absence of nicotine,  varied according to the liquid flavoring used, with menthol and cinnamon found to be particularly harmful. Exposing the cells to 6 different flavors of e-liquid with varying levels of nicotine resulted in significant cellular damage, with the cells beginning to exhibit multiple symptoms of dysfunction. Human endothelial cells were studied that were laboratory generated from what are known as induced pluripotent stem (iPS) cells. These cells can become a variety of cell types, providing an ideal way to study cells closely which would be difficult isolating directly from a person.

The effect of 6 different popular e-liquid flavors was investigated for the study: tobacco, fruit, sweet butterscotch, sweet tobacco with vanilla and caramel, and menthol and cinnamon, with levels of nicotine of zero, 6, and 18 milligrams/milliliter. It was discovered that several of the liquid flavors were toxic to the cells, with the menthol and cinnamon flavored e-liquids resulting in a significant decrease of cell viability even when nicotine was not present. Levels of molecules which can cause DNA damage were also increased form exposure to the e-liquids.

The ability of the cells to form structures associated with new blood vessel growth was also significantly disrupted from exposure to the menthol and cinnamon flavored e-liquids. Although not as severely, the vanilla and caramel flavored e-liquid also disrupted new blood vessel growth. Exposing the cells to the vanilla and caramel flavors and the cinnamon flavor resulted in an increased uptake of low-density lipoproteins and lipids, processes which are usually associated with endothelial dysfunction and inflammation, and a reduced ability to migrate for healing scratches or wounds.

Some of the harmful effects were dependent on the concentration of nicotine in the various e-liquids, but some were not dependent of nicotine, which suggests a combination effect of flavoring components and nicotine concentrations. Blood serum nicotine levels were also compared in people after vaping e-cigarettes with people smoking traditional cigarettes. Nicotine levels were comparable between the 2 groups after smoking for 10 minutes. 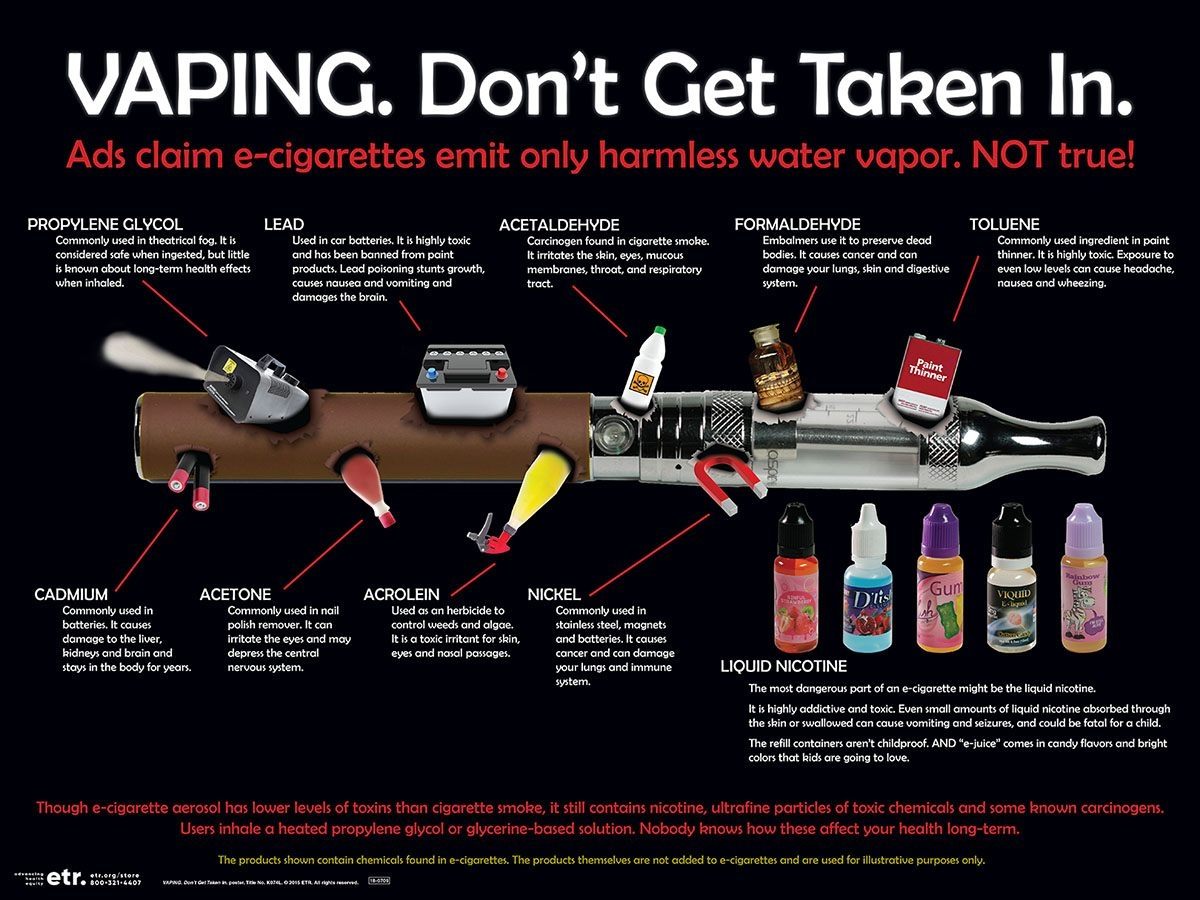