A lot of menopausal women know about the herbal medicine Red Clover which reduces hormonal fluctuations and hot flush symptoms. A study has proven this to be true when a fermented form of Red Clover extract was taken. The study shows that fermented Red Clover extract reduces the severity as well as number of hot flushes.[1]

The study also discovered that the extract helps prevent the normally accelerated menopausal bone loss which affects 1 in 3 women older than 50. These results are encouraging especially as there are none of the side effects of the typically prescribed hormone therapies which increase cancer and cardiovascular disease risk.

Red Clover is abundant in bioactive estrogen-like compounds called isoflavones, and bioavailability of these compounds is increased by the fermentation process. But isoflavones can be hard to digest because they are bound to sugar molecules and this prevents absorption. So, a substantial amount of the isoflavones which are consumed in capsule or pill form passes through the intestine without entering the blood stream. This issue is eliminated when the Red Clover extract goes through a fermentation process. The sugar molecules and the isoflavones are separated, thus increasing bioavailability.

For the study, 60 women were divided into 2 groups, and for 12 weeks 1 group consumed 150ml Red Clover extract/day, and the other group consumed a placebo product. To determine the effectiveness of the fermented Red Clover extract, study participants were tested before and after the treatment. Symptoms of hot flushes were measured making use of what is known as a ‘skin conductor’, a device placed on the underside of the wrist which determines the severity and amount of hot flushes according to secretion of sweat. Bone health was tested making use of DXA scans of the hips and spine. 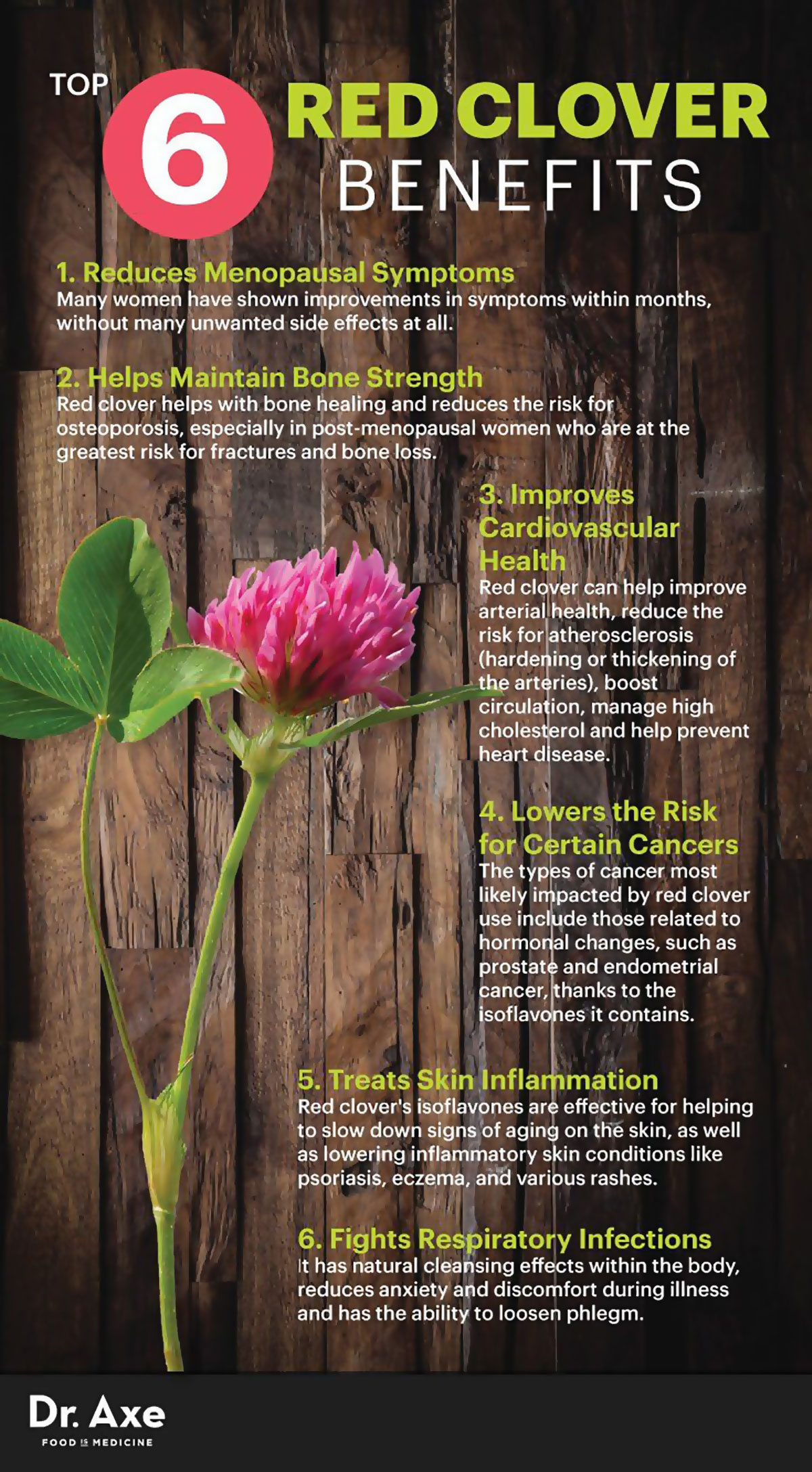