Research shows that you could very well be able to slow the type of aging that takes place inside your cells, but only if you are prepared to exercise regularly.

The study found that individuals who have high levels of physical activity consistently have substantially longer telomeres compared to individuals who are sedentary, and even moderately active individuals.[1]

Telomeres are protective caps at the ends of DNA strands which act as our biological clock. We lose a little bit of the caps every time cell replication takes place, which is constantly happening. Telomeres get shorter from all the cell replication and eventually they get so short they cause cells to age.

The study found telomeres with an advantage of 9 years in biological aging in those individuals who had high levels of physical activity compared to individuals who are sedentary, and a 7-year advantage in comparison to moderately active individuals. Participating in 30 minutes of jogging a day for women and 40 minutes for men 5 days per week qualified as highly active. Exercising regularly at high levels is required in order to see a significant difference in biological age slowing; it would appear that small amounts of sporadic exercise won’t work.

Data from 5,823 individuals was analyzed, taken from one of the few survey indexes which include values of telomere lengths for study participants. Also included in the index was data for 62 activities that participants may have taken part in over a 30-day period, which was used to analyze and determine levels of physical activity.

The exact mechanism how telomeres are preserved by exercise is not known, but it’s assumed it could be linked to oxidative stress and inflammation. Prior research has revealed that telomere length is closely linked to those 2 factors and it’s known that exercise can suppress oxidative stress and inflammation. It’s known that regular physical activity reduces mortality and prolongs life, and it’s now known that part of that advantage could be as a result of telomere preservation. 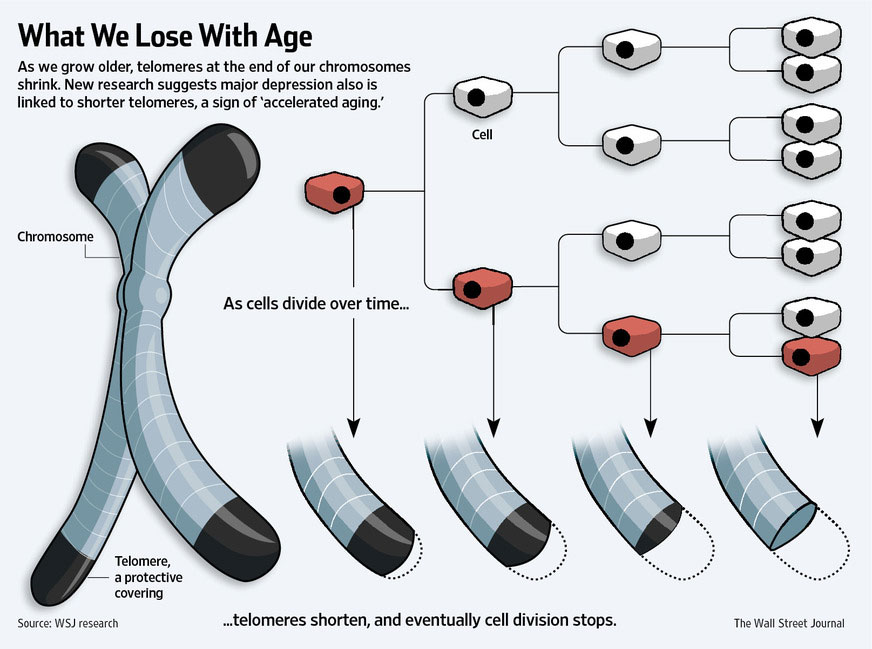