Yoga is a practice that combines the body, breath, and mind to balance and energize the complete person. This practice consists of breathing exercises, physical postures as well as meditation to improve general wellbeing.

Yoga originated in ancient India, and these days millions of Westerners of any age and fitness level practice yoga on a regular basis. Even though yoga is a spiritual practice to many people, most Westerners make use of yoga for exercise or to lower stress.

There are 3 major techniques used in yoga: exercise (asana or postures), breathing and meditation:

1. Does yoga help with depression?

Another study discovered that yoga for depression could be better than other types of physical exercise. The researchers compared the brain GABA levels of people practicing yoga with those of people who walked. They followed 2 randomized groups of healthy people for 12 weeks. While one group of people practiced yoga 3 times per week for 1 hour, the other group of people went walking for the same length of time. Making use of MRS imaging, the peoples’ brains were checked before the start of the study. After 12 weeks, both of the groups’ GABA levels were compared before as well as after their last 60-minute session. Each person had also been asked to evaluate her or his psychological state at a number of points during the entire study, and people who had practiced yoga noted a more significant reduction in anxiety as well as a greater improvement in mood than people that walked.[3]

It is not a secret that pregnancy hormones dampen mood, but it’s also much worse for some expectant moms, 1 in 5 suffer from major depression. Research has shown that mindfulness yoga helps to reduce perinatal depression for these women. Mindfulness yoga is a combination of meditative focus and physical poses, which has proven to be a powerful solution to combat stress as well as boost energy. The term perinatal depression includes a wide range of mood disorders that can affect a woman during pregnancy and after the birth of her child. It includes prenatal depression, the ‘baby blues’, postpartum depression and postpartum psychosis. If untreated, these symptoms are major health threats for both the mom and the baby, including pre-eclampsia, poor weight gain, and premature labor as well as bonding problems with the newborn baby.[4]

Another study has revealed that yoga can also help in improving bipolar disorder symptoms. Some bipolar patients who participated in the study reported yoga practice to be “life changing.”[5] 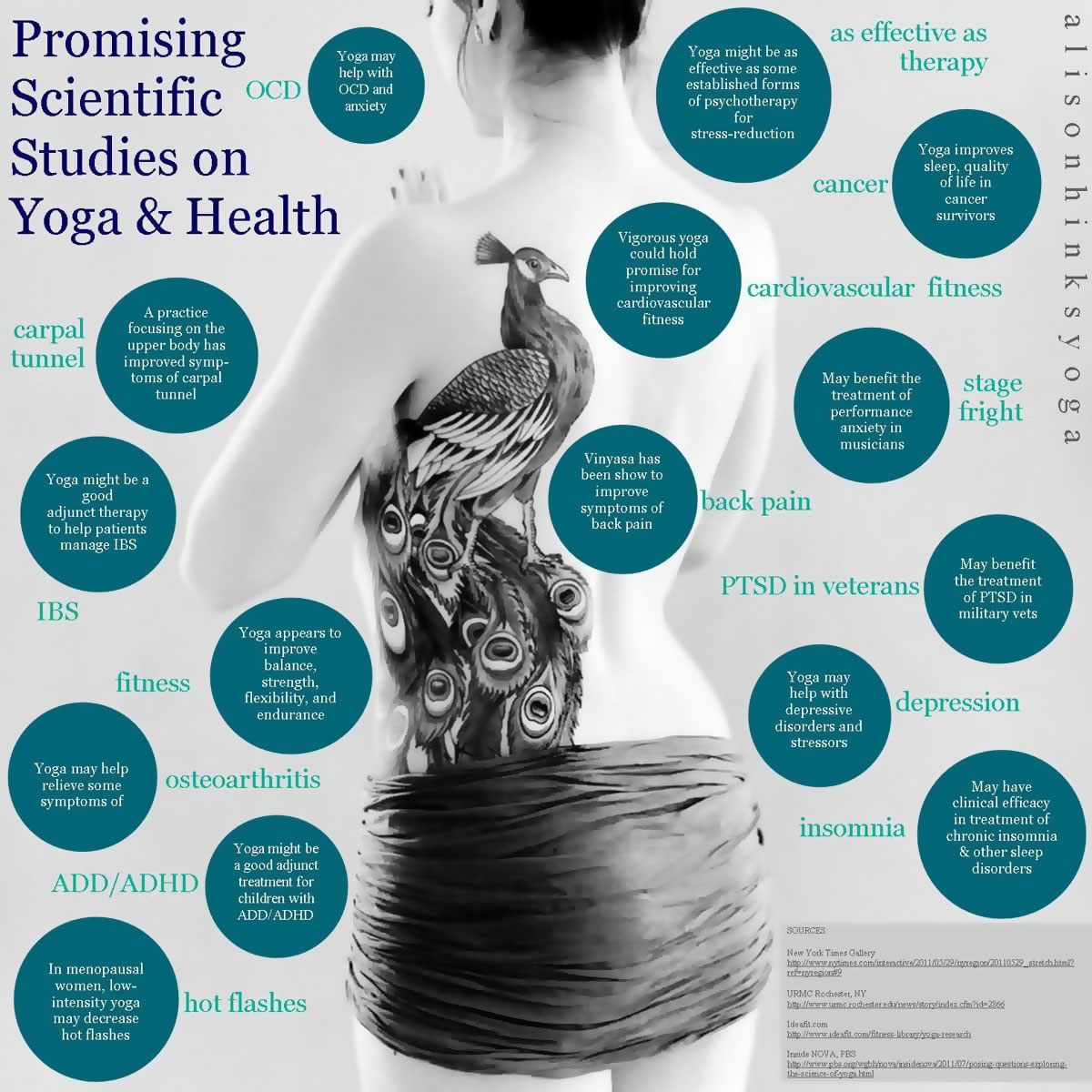