Researchers have shown that yoga helps relieve chronic insomnia. Study participants completed an 8-week yoga treatment which consisted of breathing, meditation and mantras in a single session before bedtime. After the 8 weeks, the participants had significantly improved insomnia symptoms in comparison to before the treatment.[12]

Another study has shown that yoga helps alleviate sleep problems in postmenopausal women diagnosed with insomnia. A lot of women go on hormone therapy mainly because they need to sleep. This study proved that yoga can be an effective alternative to hormone therapy for the treatment of insomnia during menopause. According to the study, participating in a yoga class for 12 weeks and practicing yoga at home was associated with less insomnia during menopause.[13] 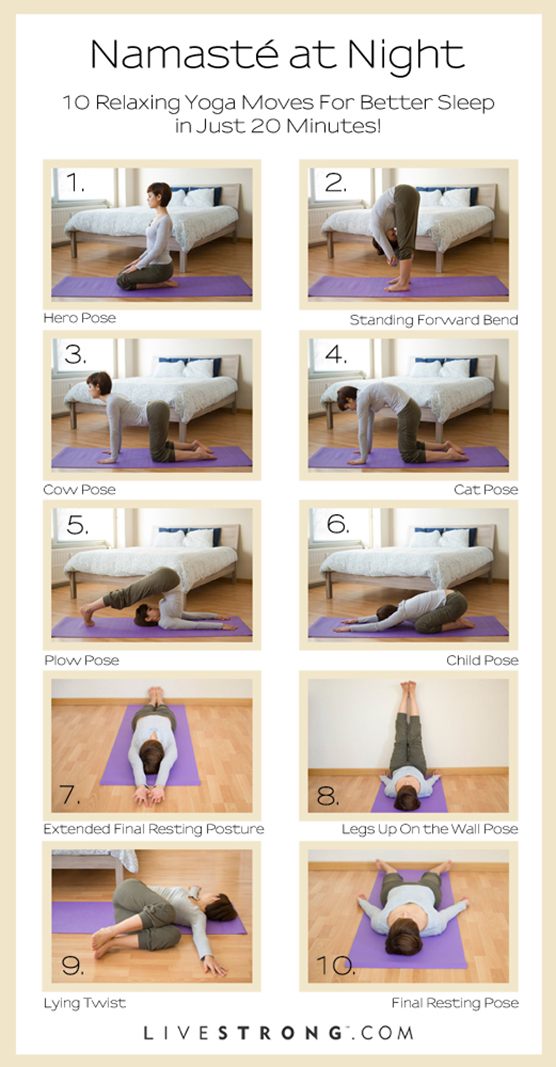