Having the “blues” every now and then is usually a normal aspect of living. But, when experiencing a constant feeling of despair, it could be depression. People with depressive conditions don’t all feel the exact same symptoms. We all have our ups and downs, and sadness is often mistaken as depression. But, sadness is not always an aspect of depression. Sometimes apathy, anger and reckless actions can be signs of depression.

Depression can get in the way of your ability to work, study, eat, sleep, enjoy yourself, and have an overall negative impact on quality of life. The feeling of despair is powerful and constant with little relief. Physical symptoms are commonly seen in individuals with depression. Aches and pains are in fact sometimes the depression symptoms which individuals first complain about. These symptoms can include chronic pain in the limbs, joints, and back.[1]

How many people suffer from depression?

As many as 121 million people all over the world are affected by depression. Severe depression may lead to suicide and is the cause of 850,000 deaths annually.

A number of factors were cross cultural, women were two times more likely to experience depression than men and a main contributing factor was loss of a partner, whether from separation, divorce or death. The age factor varied from country to country. Age of start of depression was nearly 2 years sooner in low income countries and the level of difficulty an individual had in areas of their life was more evident in individuals coming from high income countries.

Researchers have established that the intake of trans-fats as well as saturated fats add to the risk of depression, and that olive oil, in contrast, protects from depression.[3]

In a six year study, 12,059 volunteers had their lifestyle and diet analyzed at the start of the study, throughout its duration and also at the finish of the study. By doing this the study revealed that even though at the outset of the research not one of the volunteers had depression, by the end of the study 657 new cases were found.

Of all these cases, the individuals who had a higher intake of trans-fats displayed up to a 48 percent higher risk of depression when compared to individuals who didn’t eat these fats.

The study also revealed a dose-response relationship, the more trans-fats that were eaten, the more harmful the effect they produced in the volunteers.

The researchers also analyzed the influence of polyunsaturated fats as well as olive oil on the incidence of depression. They found out that these types of healthier fats, together with olive oil, are associated with a reduced risk of depression.

The study had been carried out on a population having a low average intake of trans-fats, seeing as it made up only 0.4% of the total energy consumed by the volunteers. In spite of this, the researchers found an increase in the risk of depression of almost 50 percent. In countries like the U.S. the amount of energy derived from these food types is about 2.5 percent.

The analysis also shows that both depression and cardiovascular disease are affected in a similar way by diet.

Another study has confirmed that the consumption of commercially baked goods such as croissants, donuts and fairy cakes, as well as fast food such as pizza, hotdogs and hamburgers is associated with depression.[4]

The study results show that people who consume fast food on a regular basis have a 51 percent more chance of depression, in comparison to individuals that consume very little or none.

The study also revealed a dose-response relationship, which means that the more fast food consumed, the higher the chance of depression.

The research shows that people who consume the most commercial baked goods and fast food are more likely to be single, less active and also have bad dietary habits, such as consuming a lesser amount of vegetables, fruit, nuts, fish and olive oil. Cigarette smoking and working in excess of 45 hours weekly are also typical characteristics in this group of people.

Regarding the eating of commercial baked goods, the study results are just as conclusive. Even consuming modest amounts is associated with a considerably greater risk of depression.

The data from this study supports results from a 2011 study, which documented 657 new instances of depression from the 12,059 people evaluated over more than 6 months. In the 2011 study, a 42 percent increase in the risk of depression linked to fast food was determined.

Not a lot is known about diet and depression, but studies have suggested that certain nutrients do play a role in the prevention of depression. These nutrients include omega-3 fatty acids, group B vitamins and olive oil. A healthy diet such as a Mediterranean style diet has also been associated with a lower risk of depression. 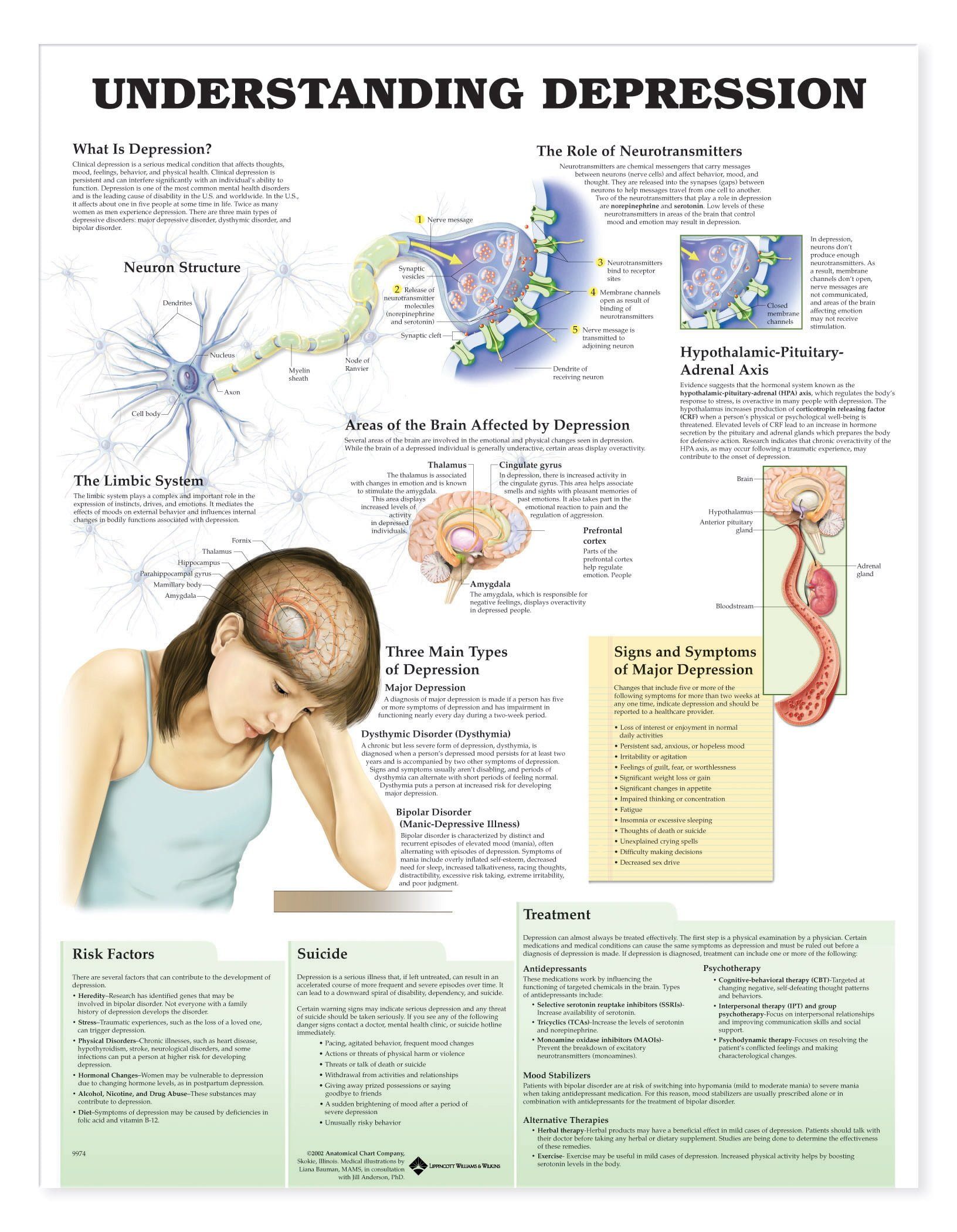