Yoga sessions were related to better back-related function as well as reduced symptoms of chronic low back pain in the biggest U.S. randomized controlled study of yoga so far. But so were extensive stretching sessions.

The researchers found yoga sessions far better than a self care book, yet no more helpful than stretching sessions for reducing low back pain. Back related function was improved and symptoms were reduced with yoga at 12 weeks, and clinically important benefits, such as less usage of pain meds, lasted no less than 6 months for either yoga and stretching, with thorough followup of more than 9 in 10 individuals.[1]

Individuals in the study generally had moderate low back pain and quite good mental health, and many had been at least fairly active prior to the study started.

In 2005, the researchers carried out a smaller study which found yoga helpful for reducing chronic low back pain. In the new trial they wanted to verify those results in a bigger group as well as to find out how yoga compared with a different kind of exercise of similar physical exertion for reducing low back pain.

The yoga and stretching sessions emphasized the legs and torso:

The researchers expected low back pain to ease more with yoga compared to stretching, and were surprised by the outcomes. The most simple interpretation of the findings is yoga’s benefits on back function and symptoms were mostly physical, due to the stretching and strengthening of muscles.

The results indicate that both yoga and stretching could be good, safe choices for those who are prepared to try physical activity to ease their moderate low back pain. But it is important for the sessions to be therapeutically oriented, tailored for beginners, and presented by instructors who can adjust postures for participants’ individual physical limits. 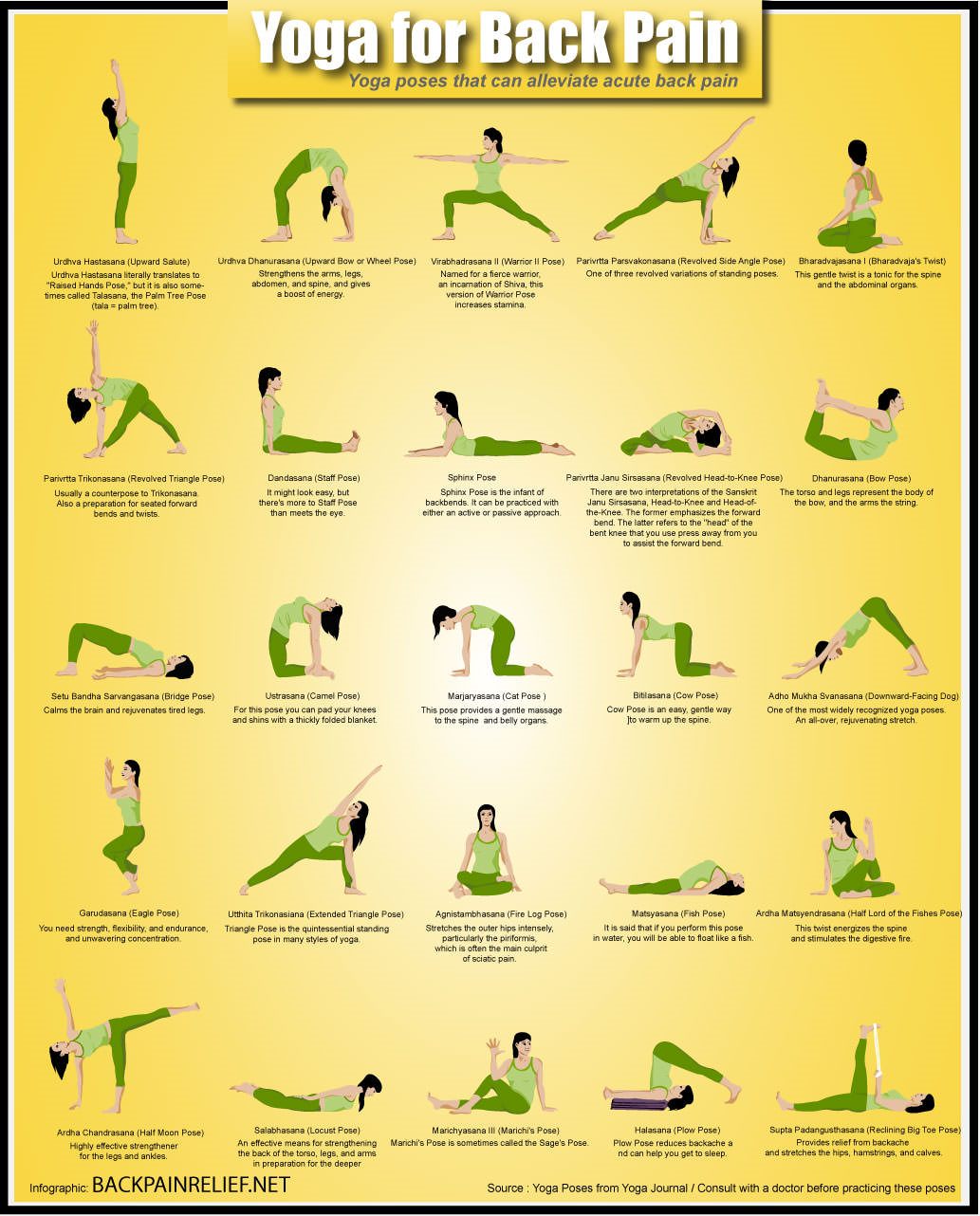