According to a study, consuming more than 1 cup of coffee each day is linked to a 22% to 25% reduced risk of stroke, in comparison to individuals who consumed less. No or low coffee drinking was linked to a higher risk of stroke in this research of 34,670 women observed over an average of a 10.4 year period.1✅ JOURNAL REFERENCE
DOI: 10.1161/STROKEAHA.110.603787

The differences were unaffected by body mass index, smoking status, alcohol consumption, history of diabetes or high blood pressure, suggesting that the effects of coffee aren’t influenced by these recognized cardiovascular risk factors.

The women took part in an epidemiological study looking at the connection between lifestyle, diet, and disease development. Every one of them was free from cancer and cardiovascular disease at beginning of the study, when they completed the food frequency questionnaire used in the research.

Coffee drinking was linked to a statistically significant reduced risk of total stroke, subarachnoid hemorrhage and cerebral infarction after other risk factors adjustments.

The small amounts of intracerebral hemorrhage could’ve considered the lack of a connection with that subtype of stroke. Generally, cerebral infarction is most strongly connected to dietary factors.

Possible ways in which coffee consumption can lower the risk of stroke include reducing oxidative stress, weakening subclinical inflammation, and improving insulin sensitivity. 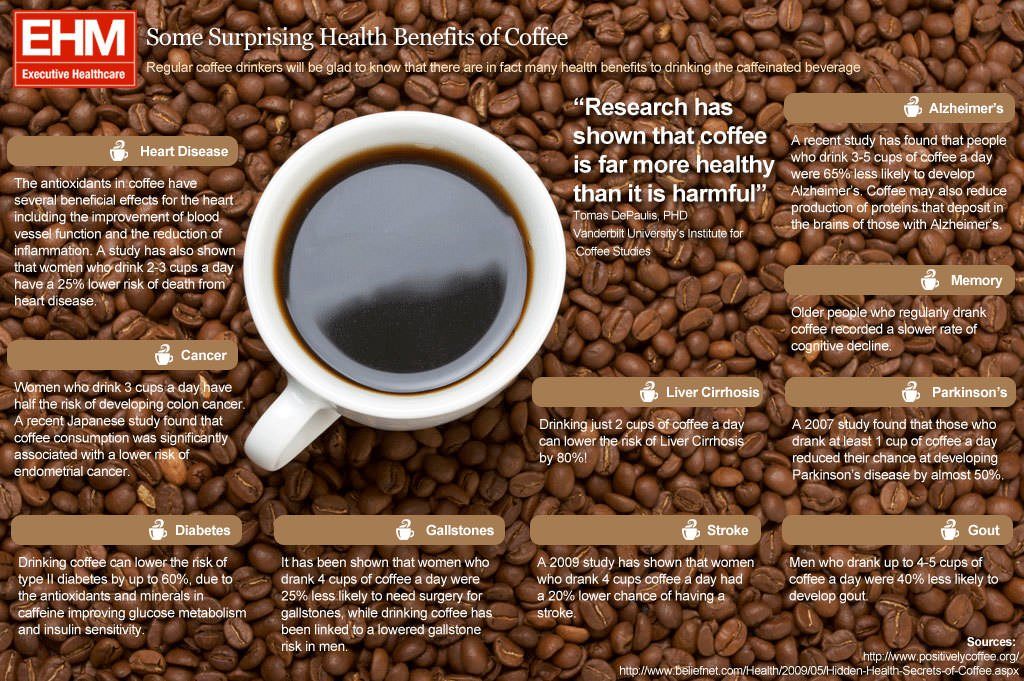