The amount of sun they were exposed to while in different times of their lives was documented by the individuals, and the amount of skin damage individuals had from exposure to the sun and how much melanin in their skin was measured as well. Vitamin D levels (from diet, sun exposure and supplement use) were measured using blood tests.

Diagnosed by a physician, the risk of experiencing a 1st event ranged from about 2 to 9 new cases for every 100,000 people annually. The UV light exposure of individuals ranged from approximately 500 to over 6,000 kilojoules per square meter. The risk of experiencing a diagnosed 1st event decreased by 30% for every UV increase of 1,000 kilojoules. Individuals having most evidence of skin damage from exposure to the sun were 60% more unlikely to develop a 1st event than the individuals with the least damage. Individuals having the highest levels of vitamin D were also more unlikely to have a diagnosed 1st event than individuals with the lowest levels.

Research has revealed that multiple sclerosis is much more common in latitudes further away from the equator. Added together, vitamin D levels, the differences in sun exposure and skin type accounted for a 32% increase in a diagnosed 1st event from the low to the high latitude Australian regions. 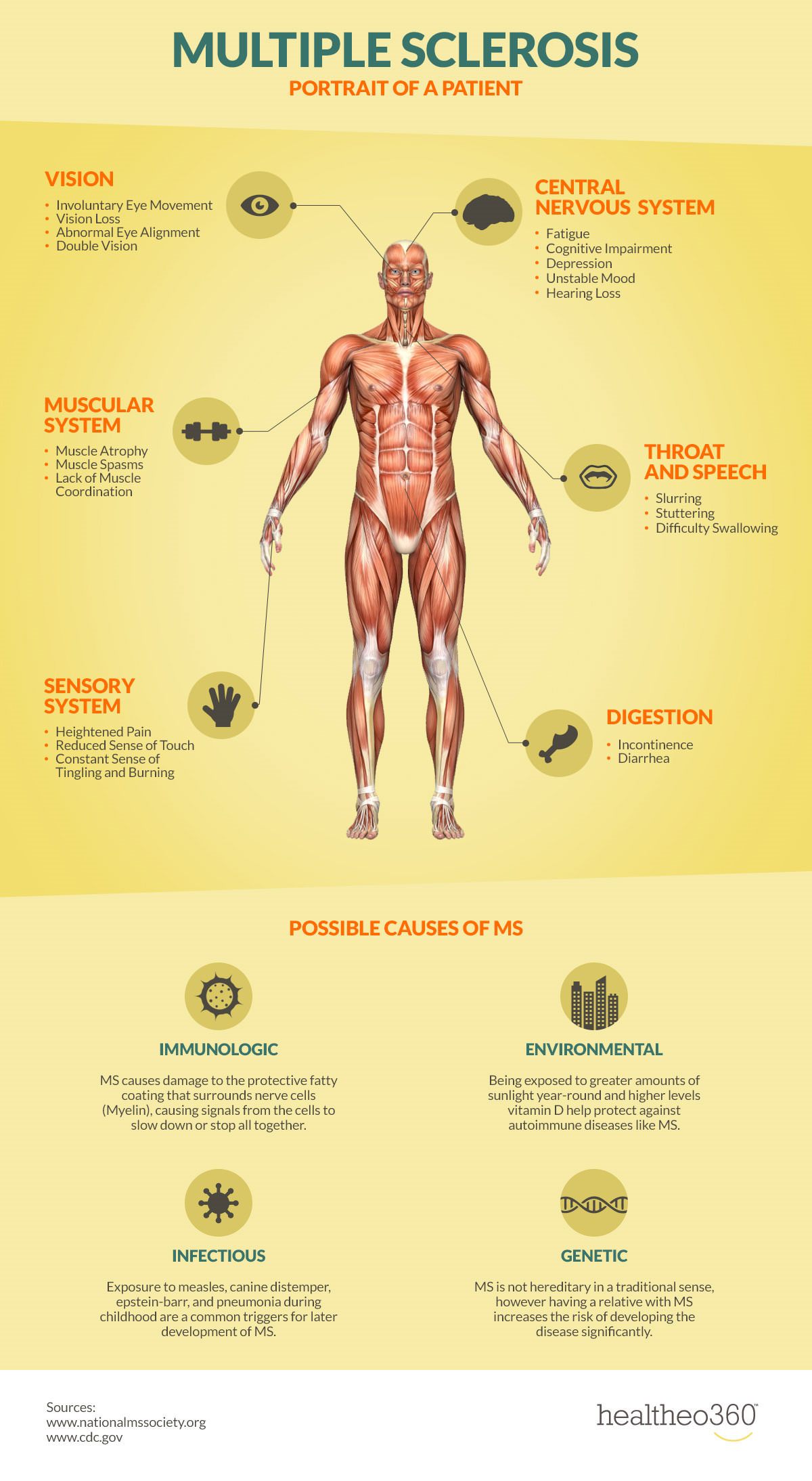