The long-term cardioprotective effects of daily apple consumption have been evaluated in a study of postmenopausal women.[1] According to the researchers, apples offer benefits beyond fiber content. Research in animals has revealed that polyphenols in apple as well as apple pectin improve lipid metabolism and reduce the production of pro-inflammatory molecules.

For this study, 160 x 45 to 65 year old women were randomly assigned to 1 of 2 dietary intervention groups: 1 group consumed dried prunes each day for a year and the other ate dried apple (75g per day for a year). Blood samples were administered at 3, 6 and 12-months. The results showed that women eating apples daily experienced incredible changes at 6 months- they had a 23% reduction in LDL cholesterol, otherwise known as “bad cholesterol.” The consumption of apples also resulted in a reduction of C-reactive protein and lipid hydroperoxide levels in those women.

Another advantage was that the additional 240 calories a day eaten from the dried daily apple didn’t result in weight gain in the women, they actually lost on average 3.3 lbs. Body weight reduction is an added benefit to daily apple consumption. the reason behind the weight loss could be partly due the apple’s pectin content, which is known to have influence satiety. 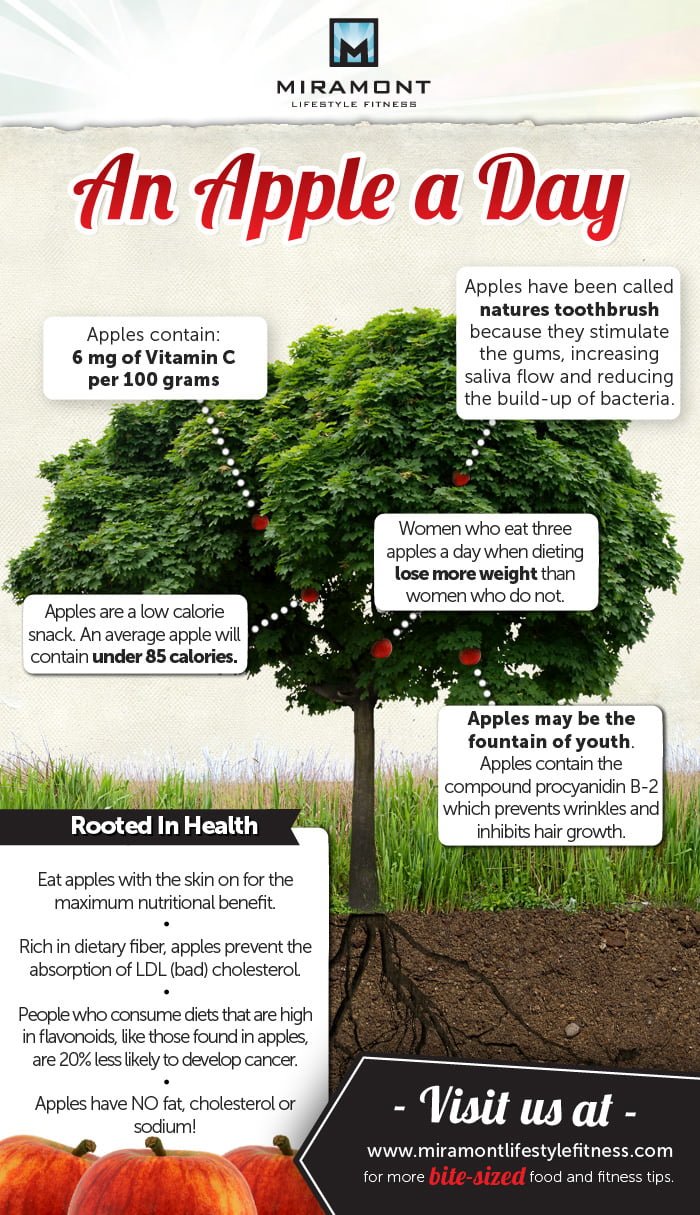 An Apple a Day Infographic