A scientific study has proven that Mediterranean diet vegetables fried in extra virgin olive oil have a greater increase in the phenolic fraction compared to other cooking methods. The study revealed that frying vegetables in extra virgin olive oil improves their antioxidant capacity as well as the amount of phenolic compounds, which help to prevent chronic diseases like diabetes and cancer.[1]

The purpose of the study was to find out how different cooking methods affected the antioxidant capacity as well as the amount of phenolic found in Mediterranean diet vegetables. The Mediterranean diet is characterized by high consumption of extra virgin olive oil and vegetables. These are both a significant source of dietary phenols, whose intake has been linked to the prevention of chronic disease. The processing of the foods can either increase or decrease the antioxidant concentrations.

The researchers carried out an experiment in which 120 grams cubes of pumpkin, potato, eggplant and tomato were cooked, all of them without skin or seeds. The veggies were either fried and sautéed in olive oil, boiled in water, or boiled in a mixture of olive oil and water. The study results revealed that frying vegetables in olive oil reduces their moisture and increases the fat content, while this was not found in the other methods of cooking.

Both increases and reductions were found depending on the chosen cooking method, when compared to the content of phenols in raw vegetables. The heat transfer by means of oil increases the quantity of phenolic compounds in veggies, as opposed to heat transfer by means of water. Phenols are transferred from olive oil to the veggies, enhancing them with oil-exclusive phenolic compounds which aren’t found in raw veggies.

Frying is the cooking method which produces the greatest increase in the phenolic fraction, meaning an improvement in the cooking process although energy density is increased by means of the absorbed oil. All the methods of cooking increased the antioxidant capacity of all 4 vegetables. In some cases there was a reduction of or an absence of significant changes after boiling in water.

Each cooked vegetable developed a specific profile of phenols, fat, moisture, dry matter and antioxidant activity determined by the raw vegetables’ original characteristics as well as the cooking method used.

The total content of phenols is increased even more when the phenolic content of the raw vegetable is high and olive oil is used in the process, with boiling not affecting the final concentration.

Hydrothermal cooking methods can be advised when the food is eaten along with the cooking water, as the addition of olive oil improves the phenolic profile and makes up for the deficiencies of the raw food. 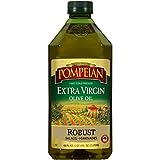