Researchers have discovered that omega-3s derived from fish are more powerful compared to flaxseed and other plant based oils for preventing cancer. The study revealed that marine-derived omega-3s are 8 times more effective for the inhibition of tumor growth and development.[1]

The research is the 1st to make a comparison between the cancer-fighting potency of marine versus plant-derived omega-3s on cancer tumor development. Both omega-3s from marine and plants sources have protective properties against cancer and the researchers wanted to ascertain which one is more effective.

The three kinds of omega-3 fatty acids are: DHA, or docosahexaenoic acid, EPA, or eicosapentaenoic acid and ALA, or a-linolenic acid. DHA and EPA are found in fish and other marine life like phytoplankton and algae. ALA is found in edible seeds such as flaxseed as well as in oils, such as hemp, canola, and soy oil.

For the study, mice having a highly aggressive type of human breast cancer known as HER-2 were fed the different kinds of omega-3s. 25% of women are affected by HER-2 which has a poor prognosis. Beginning in utero, the mice were exposed before tumors developed to either of the two different omega-3s, allowing the researchers to make a comparison as to the effectiveness of the fatty acids at cancer tumor prevention.

The study found that tumor size were reduced by 60% to 70%, and the amount of tumors reduced by 30% with the marine-based omega-3s. The omega-3s derived from plants however required higher doses for delivering the same effect.

Omega-3s help to prevent cancer by blocking the tumor growth pathways and turning on immune system associated genes. Increasing consumption of seafood is a good opportunity to help reduce breast cancer risk. Based on the study administered doses, 2 to 3 helpings of fish each week should be consumed to have a similar effect. Besides DHA and EPA containing foods, supplements as well as functional foods like omega-3 eggs, can also help with cancer prevention. 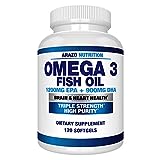