According to a study on the effects of energy drinks, 32 ounces of an energy drink consumed in a short time span can elevate blood pressure and affect the rhythm of the heart by increasing the risk of electrical activity disturbances within the heart.[1]

The study participants consisted of 34 healthy individuals aged 18 to 40 years who were assigned randomly to 2 different groups. On 3 separate days, one group consumed 32 ounces of 1 of 2 energy drinks containing caffeine which are commercially available and the other group drank a placebo beverage. They were drunk no faster than 16-ounces in 30 minutes and within 60 minutes. At the  beginning of the study their blood pressure was recorded and their hearts’ electrical activity was measured and again every 30 minutes for 4 hours after the energy drinks consumption.

The association between energy drink consumption and QT interval changes and blood pressure was not attributed to the intake of caffeine. There was 304 to 320 mg of caffeine/32 fluid ounces in each of the energy drinks that were tested. Doses of caffeine under 400 milligrams are not likely to induce any electrocardiographic changes. The energy drinks used in the study also contained other common ingredients which included glucuronolactone (found in connective tissues plants), the amino acid taurine, and B-vitamins. There was only carbonated water, a cherry flavoring and lime juice in the placebo beverage. 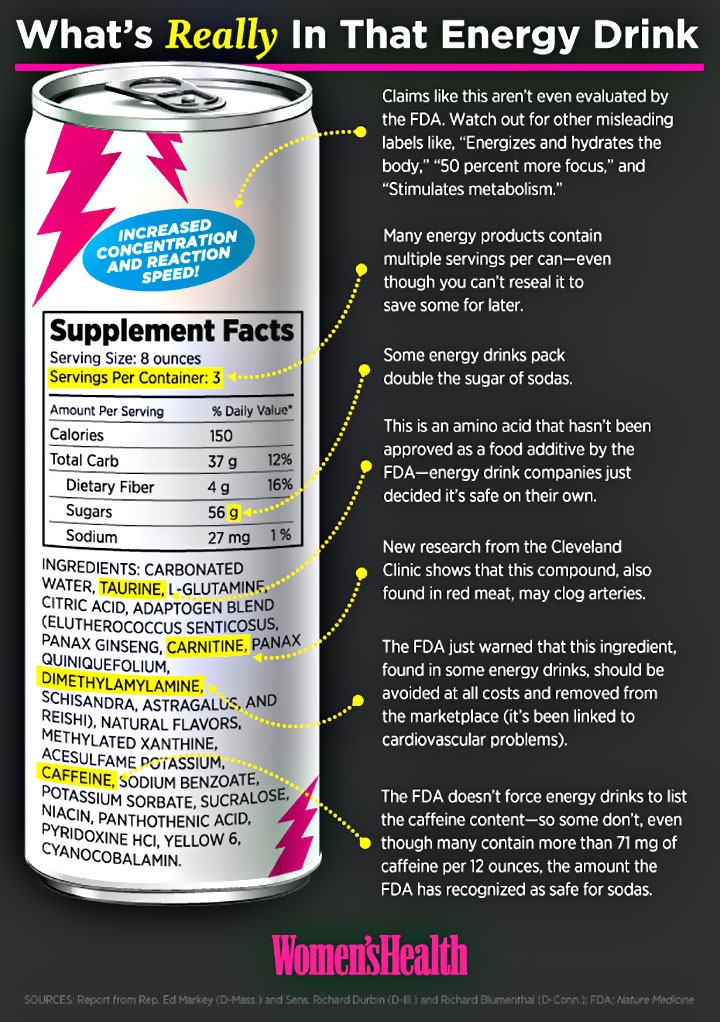