Saturated fat is suspected of being a primary cause in the start of osteoarthritis after researchers discovered it changed cartilage composition, especially in the knee and hip’s weight-bearing joints. They examined how joints were affected by diets rich in various saturated fatty acids that are found in foods such as animal fat, coconut oil, butter and palm oil, and simple carbohydrates, basically a high carbohydrate, high-fat diet typical of “junk food”.

The results of the study indicate that it’s diet and not wear and tear which triggers the start of osteoarthritis. Sealing the bone ends in joints and absorbing pressure on the bones when performing weight-bearing movements like walking is the primary function of cartilage. It was discovered that a diet which contained simple carbohydrates in addition to 20% saturated fats resulted in changes in the knee that were osteoarthritis like.[1]

A saturated fatty acid known as lauric acid which is found in coconut oil was also tested. Interestingly, when the diet had meat fat replaced with lauric acid, there was a reduction in signs of metabolic syndrome and cartilage deterioration, so coconut oil apparently offers protection.

Fatty acids can cause inflammation of tissue in the overall environment of the joint. Various saturated fats were tested and it was determined that long term use of palm oil, butter and animal fat could result in the weakening of cartilage. Replacing diets containing lauric acid from coconuts with palmitic acid from palm oil or stearic acid from animal fat can potentially worsen the development of osteoarthritis and also metabolic syndrome. 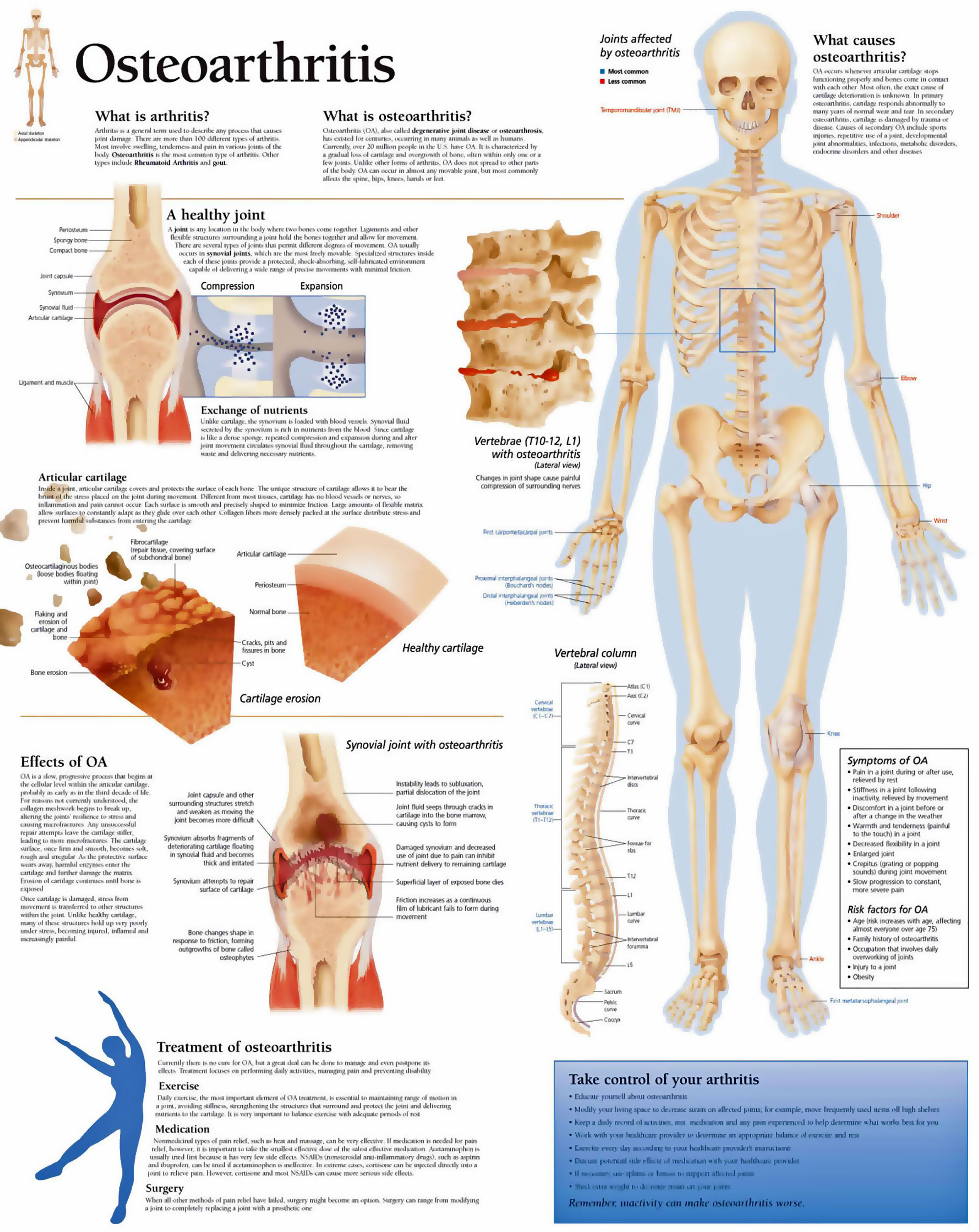