Researchers have shown a 65% increased risk of type 2 diabetes in young adults with higher levels of mercury exposure. The study reveals a difficult nutritional picture as the primary mercury source is from shellfish and fish consumption, almost all of which have traces of mercury. Shellfish and fish also consist of lean protein as well as other nutrients, like omega-3 fatty acids and magnesium, making them of importance to a healthy diet.

The 3,875 women and men in the study having the highest mercury levels also had healthier lifestyles, smaller waist circumferences and lower body mass indexes, more exercise, compared to other individuals in the study. They also consumed more fish, which can be a marker of a healthy diet. A type 2 diabetes risk factor includes being overweight.

After controlling for lifestyle as well as some other dietary factors like omega-3 fatty acid and magnesium intake, which could counteract the mercury effects, the study determined the association between levels of mercury and risk of type 2 diabetes. The link between mercury exposure and incidence of diabetes was significantly stronger after controlling for magnesium and omega-3 intake.

These results stress the importance of choosing fish identified as having low levels of mercury, like salmon, catfish, and shrimp and the avoidance of fish having higher mercury levels, like shark and swordfish. EPA and FDA fish consumption guidelines highlight this, especially for women of childbearing age or pregnant women as well as for younger children. 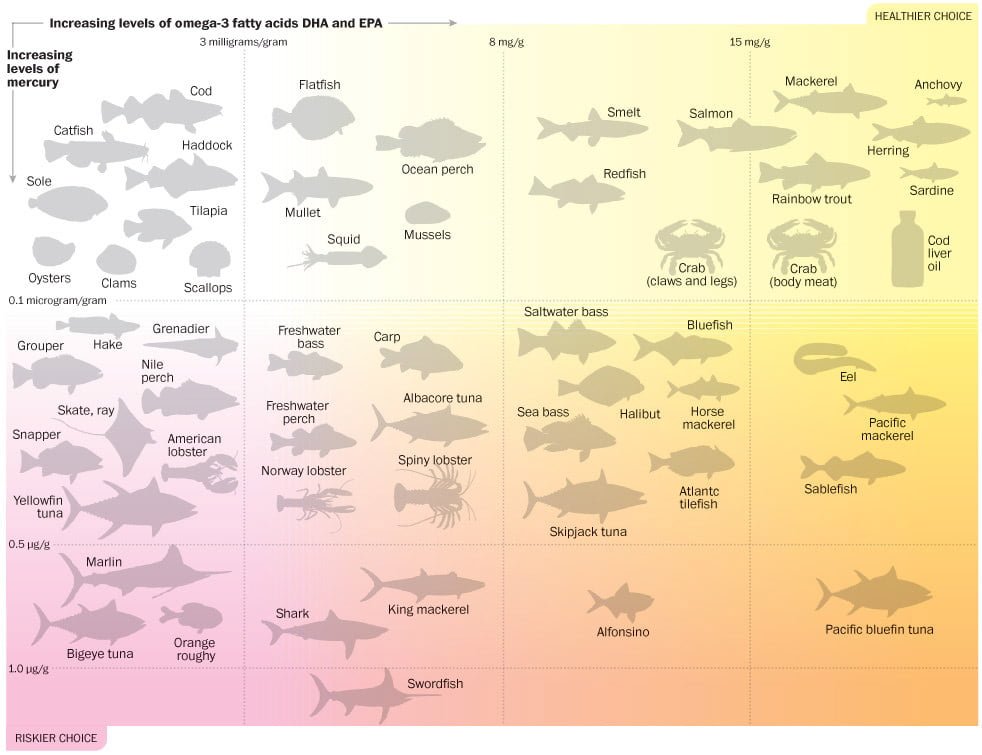