Individuals who enjoy the caffeinated boost that arises from consuming traditional teas and coffees could very well have a tendency to overlook the benefits of consuming herbal teas. Researchers now confirm the notion that herbal teas can provide a number of health benefits is no longer just folklore. The researchers have investigated the science based evidence of health benefits from drinking 3 of the most common herbal teas in the US.[1]

Chamomile tea has always been regarded as a brew which soothes. But when the researchers reviewed scientific literature on the bioactivity of chamomile, they discovered no human clinical studies which evaluated this calming effect. They did, however, find a review article on conclusions far beyond sedation, outlining test-tube evidence that chamomile tea has considerable antiplatelet-clumping activity and moderate antimicrobial activity.

The researchers also detail evidence of the bioactivity of peppermint tea. In test tubes, peppermint has been discovered to have substantial antiviral and antimicrobial activities, strong antitumor and antioxidant actions, as well as some antiallergenic potential. According to a human clinical study, the researchers also report that consuming hibiscus tea reduced blood pressure in pre-hypertensive and mildly hypertensive individuals. 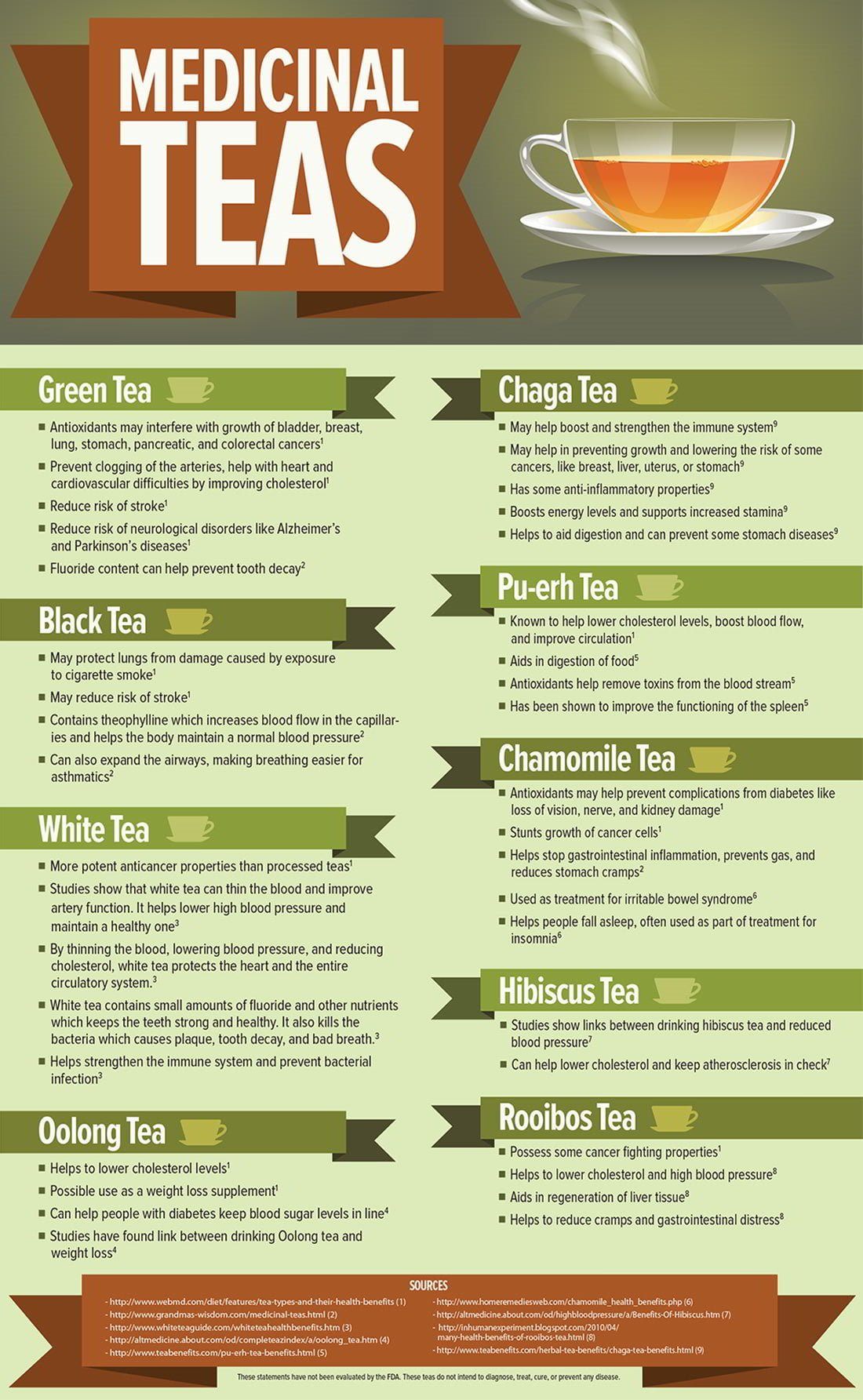