According to research, the impact that fine particle pollution has on cardiovascular disease can be mitigated with vitamin B supplements. Healthy non-smokers taking vitamin B supplements almost reversed all negative effects on the immune and cardiovascular systems, reducing the effects of air pollution on heart rate by 150%, total white blood count by 139%, and lymphocyte count by 106%.

The study evaluated if the physiologic and biologic responses to the exposure of ambient air pollution were changed when taking vitamin B supplements. Approximately 3.7 million premature deaths worldwide are attributed to ambient fine particulate pollution every year, mostly through severe effects on the cardiovascular system. Population level data indicates that the most frequent trigger for a heart attack is particulate matter pollution.

One of the most common air pollutants is ambient particle matter (PM2.5) pollution, which has an adverse impact on the immune system and cardiac function. The study presents evidence that vitamin B supplementation can lessen the severe effects that PM2.5 has on inflammatory markers and cardiac dysfunction. PM2.5 particles are a mixture of extremely fine liquid droplets and solids in the air which are just 2.5 microns wide. The tiny size makes it more harmful to health as they are harder to prevent from getting into the body.

Ten healthy, non-smoking volunteers between the ages of 18 and 60 years were recruited for the study. None of the participants were taking any kind of vitamin B supplements or other medications. All individuals received a placebo for 4 weeks prior to a 2-hour experiment exposing them to concentrated ambient PM2.5, after which they were given vitamin B supplements for 4 weeks before the following 2-hour experiment exposing them to PM2.5. For baseline data provision, a particle-free 2-hour exposure was included. The experiments exposing them to PM2.5 were carried out at the same time of day and adjusted for humidity, temperature and season.

The results demonstrated that 2 hours of exposure to concentrated ambient PM2.5 significantly impacted heart rate and white blood counts. It was also shown that these effects are almost reversed with 4 weeks of vitamin B supplementation.

Because healthy adults living in lightly polluted urban environments were studied, the results might not be generalizable to populations that are at high risk for cardiovascular effects as a result of pollution, such as older adults, children, individuals who have pre-existing cardiovascular disease, and those living in heavily polluted areas. 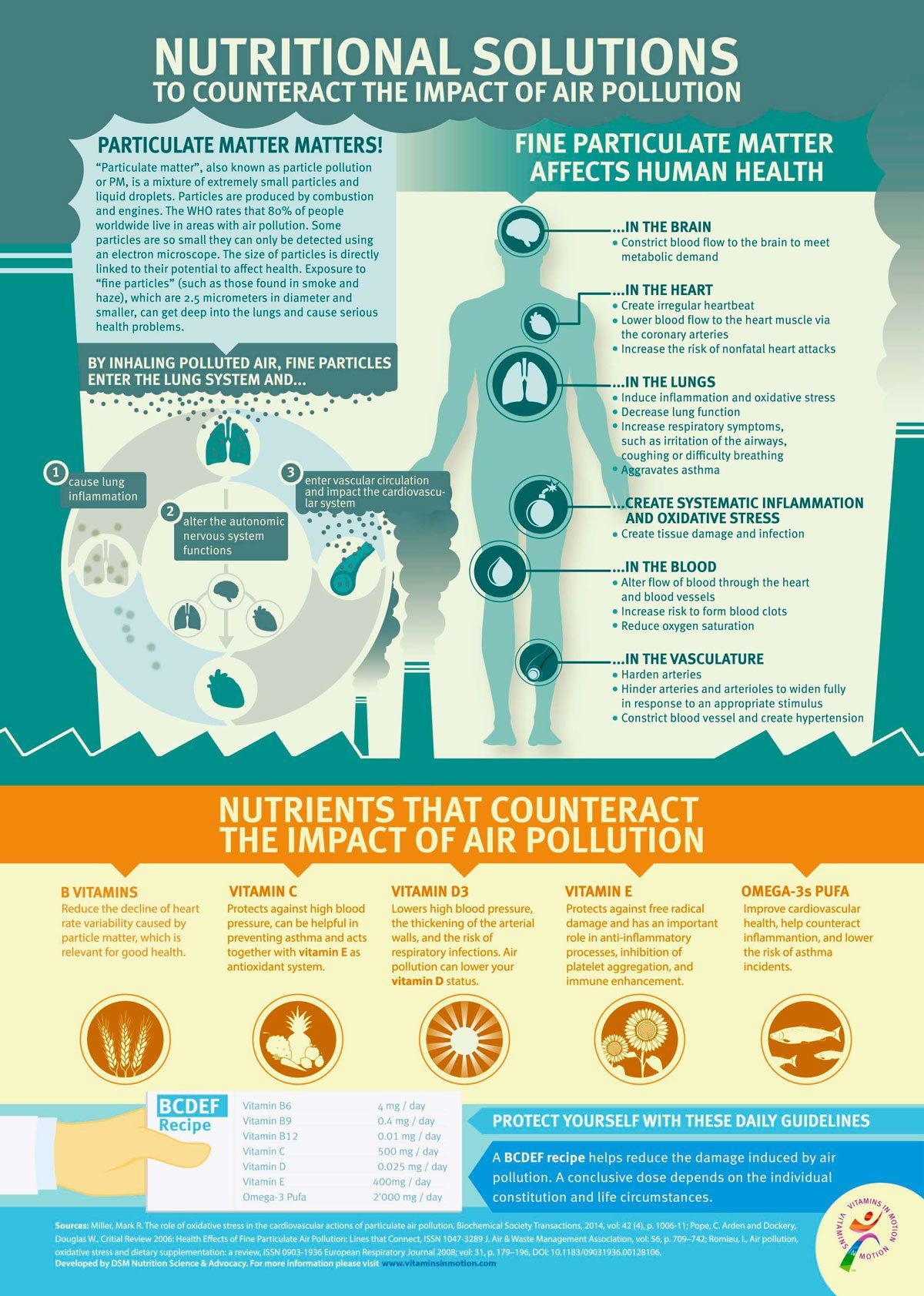