According to research, the more physically active you are, the less your blood pressure rises in response to a high-salt diet. Restricting sodium is especially important for reducing blood pressure in more sedentary individuals and physical activity should be increases as well as reducing sodium consumption. [1]

Researchers compared individuals’ blood pressure on 2 one week diets, 1 low in sodium and the other high in sodium. If an individual’s average systolic blood pressure increased 5 % or more from the low-sodium diet to the high-sodium diet, the researchers referred to as them as high salt-sensitive. Determined by physical activity questionnaires, the scientists divided individuals into 4 categories starting from very active to quite sedentary.

The average increases in systolic blood pressure after changing from low to high sodium were:

In contrast to the sedentary group, the chances of being salt-sensitive were:

In all the analyses the researchers found a dose-response relationship with the more activity, the better.

The participants in the study were 1,906 Han Chinese adults in the GenSalt project (Genetic Epidemiology Network of Salt Sensitivity), a large project to identify environmental and genetic factors leading to salt sensitivity. Siblings as well as their parents had been asked to take part in GenSalt if a sibling had pre-hypertension or stage-1 hypertension. Nobody was on blood pressure medication throughout the study.

The GenSalt project is situated in rural China since the homogeneous population makes it more likely that genes influential to blood pressure control will likely be identified.

The researchers suspect that the relationship between physical activity and salt-sensitivity will apply to other populations. 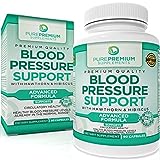