According to a small study, individuals who have severe sleep apnea could be at a higher risk of silent stroke symptoms as well as small lesions within the brain. The study discovered a remarkably high frequency of sleep apnea in individuals having stroke which highlights its clinical relevance as being a risk factor for stroke.[1]

Sleep apnea is hugely unacknowledged and still often ignored. Individuals having severe sleep apnea were more prone to experience silent strokes and also the degree sleep apnea severity elevated the chance of being disabled when discharged from hospital.

The patients were an average of 67 years old, white and 54 % women, and had overnight in-hospital tests for sleep apnea. Computerized tomography and magnetic resonance imaging were used to establish silent strokes and brain lesions.

The researchers advised that sleep apnea ought to be treated much like other vascular risk factors like hypertension. 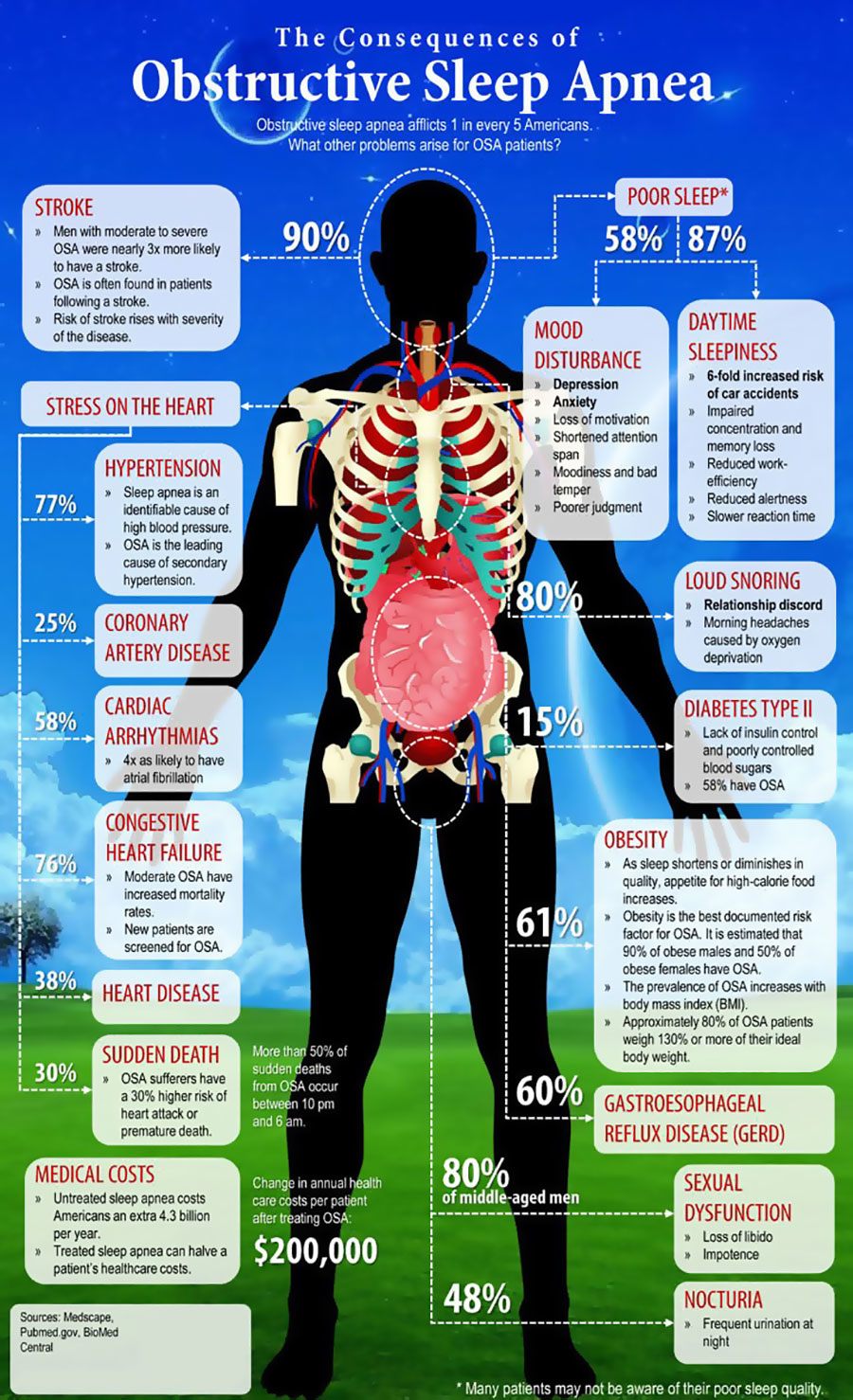