Scientists from the international academic society known as Collegium Ramazzini, have repeatedly called for a total global asbestos ban. They say that although asbestos has been banned in 52 nations, many still use, export and import asbestos and products containing asbestos.

Asbestos can mean any of 6 fibrous minerals which occurr naturally, serpentine asbestos, also called white asbestos or chrysotile makes up about 95% of all asbestos usage. Amphibole minerals: blue asbestos (crocidolite), brown asbestos (amosite), and actinolite, anthophyllite, and tremolite, are not made use of anymore. Asbestos is strong, can tolerate fire, heat and acid, and is a sound and heat insulater. However, it’s a powerful cancer-causing material accounting for 5 to 7% of male lung cancers worldwide and impacting the health of millions of people.

In spite of the fact that nowadays there are much safer synthetic alternatives to asbestos, the mining of white asbestos continues as well as the exporting of cancer causing material to the developing world, particularly by Canada, which has been criticized The Lancet, a medical journal, for the claimed hypocrisy of Canada banning asbestos usage, but continuing to export the deadly material. The Collegium says that white asbestos exemption from any ban does not have any medical science basis.

The Collegium says that for the protection of the health of all individuals across the globe- construction workers, industrial workers, children and women, now and in generations to come, a rigorously enforced total ban is urgently needed.

No less than 125 million individuals globally are currently exposed to asbestos as a result of their work with approximately 20 to 40% of adult men reporting previous occupations in which they could have been exposed to asbestos, mesothelioma risk, and lung cancer risk.

Asbestos is the leading cause of mesothelioma. 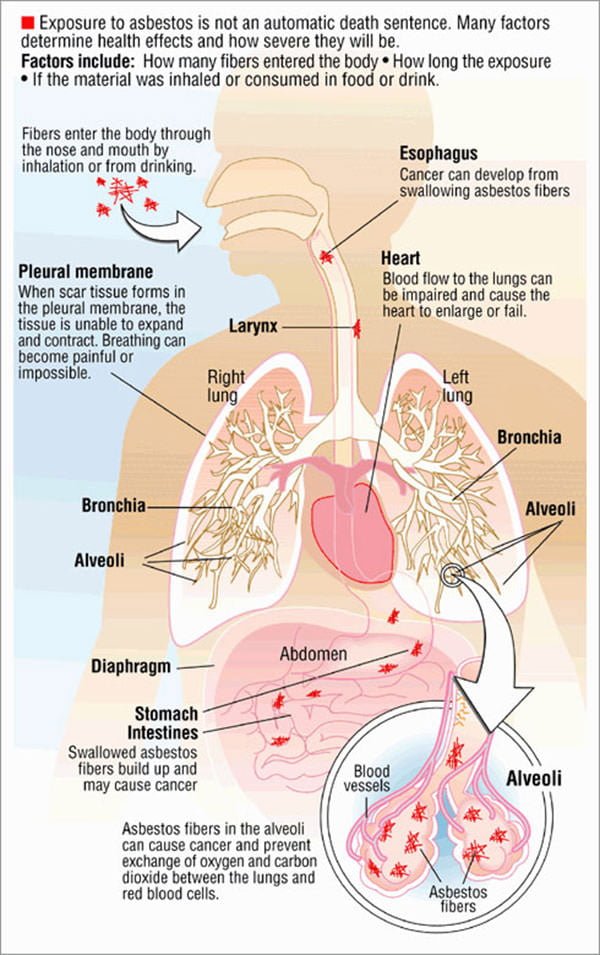