A team of researchers have looked at the impact of a nationwide soda tax on sugary beverages.

Each year, people in America consume 13.8 billion gallons of sports drinks, soda, sweet tea, fruit punch as well as other sweetened drinks, a mass intake of sugar that’s fueling increasing diabetes and obesity rates in the U. S. The quantity of sugar in a regular 22-oz sweet beverage is 17 teaspoons, which equates to an average sum of 70,000 calories which the average American citizen takes in each year in sweetened drinks.

The researchers estimate that putting a penny-per-ounce soda tax on sweetened drinks could prevent almost 8,000 strokes, 100,000 instances of heart disease, as well as 26,000 deaths each year.

The researchers also estimate that  240,000 instances of diabetes could be prevented each year. There are 25,800,000 Americans that have diabetes, 8.3 % of the U.S. population is affected

As well as $13 billion in tax revenue, the study estimated that this kind of soda tax could save the general public $17 billion each year in health care related expenses because of the decrease in obesity related illnesses.

The hope is that these kinds of numbers are helpful for policy makers to consider decisions.

Intake of drinks full of calories but poor in nutritional value is definitely the primary source of extra sugar and unwanted calories in the American diet. Sugar sweetened beverages are related to weight gain as well as type 2 diabetes.

The Centers for Disease Control and Prevention listed decreasing the intake of such drinks among its main obesity prevention tactics in 2009, and some states and cities, like New York City and California already are thinking about such soda taxes.

The study by the scientists is one of the first to come up with real estimates of the health benefits and cost savings of this kind of a soda tax. The researchers modeled these health benefits by taking into mind the number of sodas and sugary drinks Americans consume each year and calculating how much less they’d drink if a penny-per-ounce tax were added on to these beverages. Economists have estimated that this kind of soda tax would decrease consumption by 10 to 15 % over 10 years.

The researchers then modeled exactly how this decrease would play out with regards to decreasing the burdens of diabetes, heart disease and their related healthcare costs. 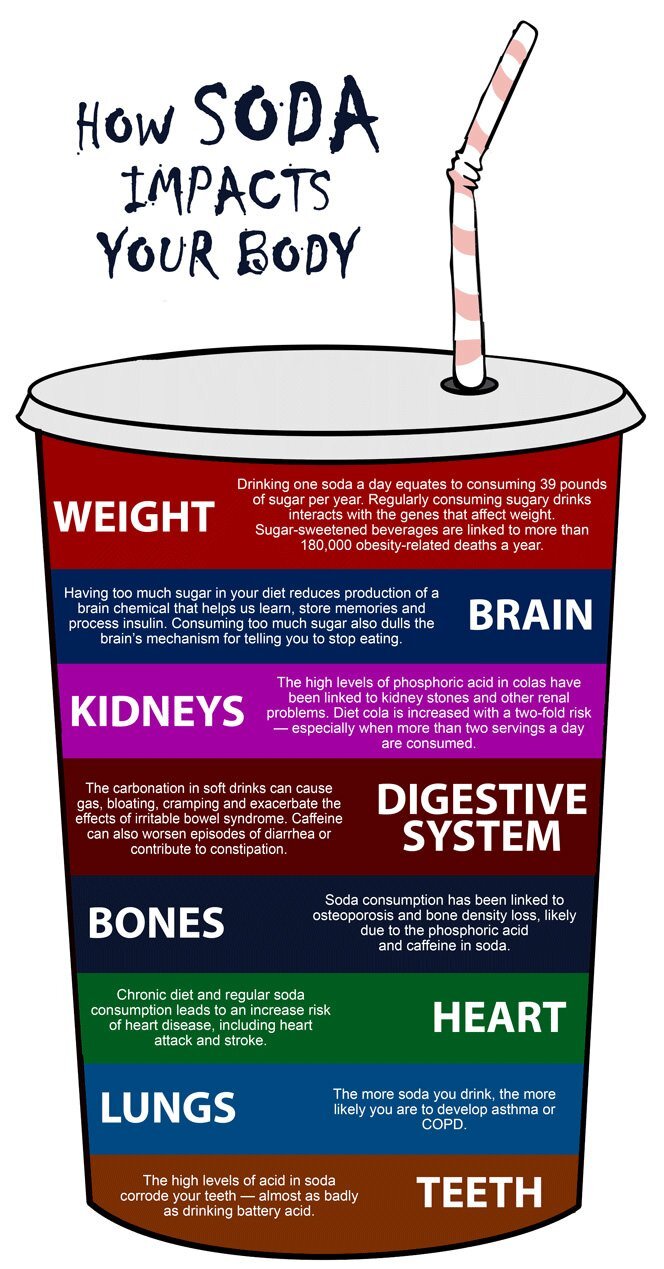 How Soda Impacts Your Body Infographic