Half of the study participants took a placebo for 6 weeks, then a 500 mg dose of nicotinamide riboside chloride twice a day. The other participants took nicotinamide riboside for the 1st 6 weeks, then a placebo. Blood samples were taken as well as other physiological measurements after each treatment period. No serious adverse effects were reported.

A 1,000 mg dosage of nicotinamide riboside a day boosted levels of another compound known as nicotinamide adenine dinucleotide (NAD+) by 60%. NAD+ is needed for the activation of sirtuins, enzymes that are largely responsible for the benefits of calorie restriction. NAD+  is involved in a variety of the body’s metabolic actions, but has a tendency to decline with age.

Studies have suggested that NAD+ is conserved by the body when subjected to calorie restriction as an evolutionary survival mechanism. It’s only recently that the idea of nicotinamide riboside supplementation to promote healthy aging has been explored.

Not only is the NAD+ which is lost with aging restored, but the activity of enzymes responsible for helping protect the body from stress could potentially be boosted. 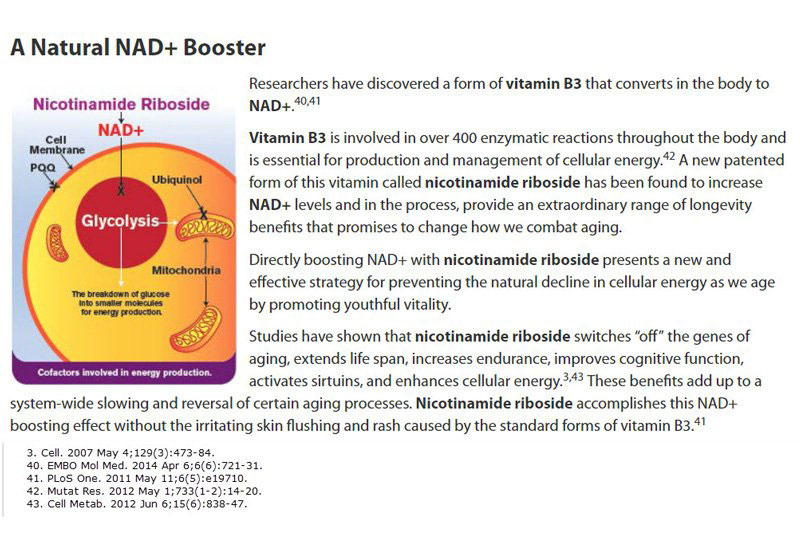