Second hand smoke exposure almost doubles the potential risk of the loss of hearing in teenagers. More than 50 % of all children in the U.S. are in contact with second hand smoke, so the discovering that it can result in hearing loss in adolescents has enormous public health significance. The way we manage smoking in public areas as well as home needs to be evaluated, and also how frequently and when children are screened for hearing loss.[1]

The hazards of second hand smoke are recognized. Living together with a cigarette smoker increases the chance of dying from lung cancer and heart disease, and in children smoke exposure increase the severity of the intensity of asthma attacks and leads to in excess of 750,000 middle ear infections, as reported by the American Cancer Society. This current research is the first to associate second hand smoke and hearing loss.

Over 1,500 adolescents aged 12 to 19 took part in the nationwide research. The adolescents were at first examined in their homes after which they received intensive hearing tests as well as blood tests for the cotinine chemical, a metabolite of nicotine.

The teens subjected to second hand smoke, as tested from the metabolite within their blood, were much more prone to experience sensorineural hearing loss, which can be usually a result of issues with the cochlea, the hearing organ of your inner ear shaped like a snail. It’s the kind of loss of hearing that generally has a tendency to happen as one ages, or with children born having congenital deafness.

The research discovered that teenagers subjected to second hand smoke performed worse with every single sound frequency tested, notably mid-to-high frequencies essential for comprehending speech. Additionally, adolescents with increased cotinine levels, suggesting greater exposure, were more prone to have unilateral-low-frequency or one-sided hearing loss. Overall, the study concluded that the findings show that “second hand smoke is independently related to an almost double the increase in the potential risk of hearing loss in teenagers.”

More than 80 % of the affected adolescents in the research weren’t conscious of any problem, the study reported. Less severe hearing loss isn’t always noticeable. Thus, merely asking someone whether or not they think they’ve got hearing loss is not enough.

The results of mild hearing loss, which experts believe might be due to damage to the ear’s sensitive blood supply, are “subtle yet serious. Affected children may have difficulty comprehending what has been said inside the classroom and get distracted. Due to this fact, they could be called “troublemakers” or wrongly diagnosed with ADHD.

Presently, all infants born within the U . S . are tested for hearing loss; even so, there aren’t any guidelines for testing a child’s hearing beyond the early school years. Those children who’re subjected to second hand smoke will need to be routinely tested. 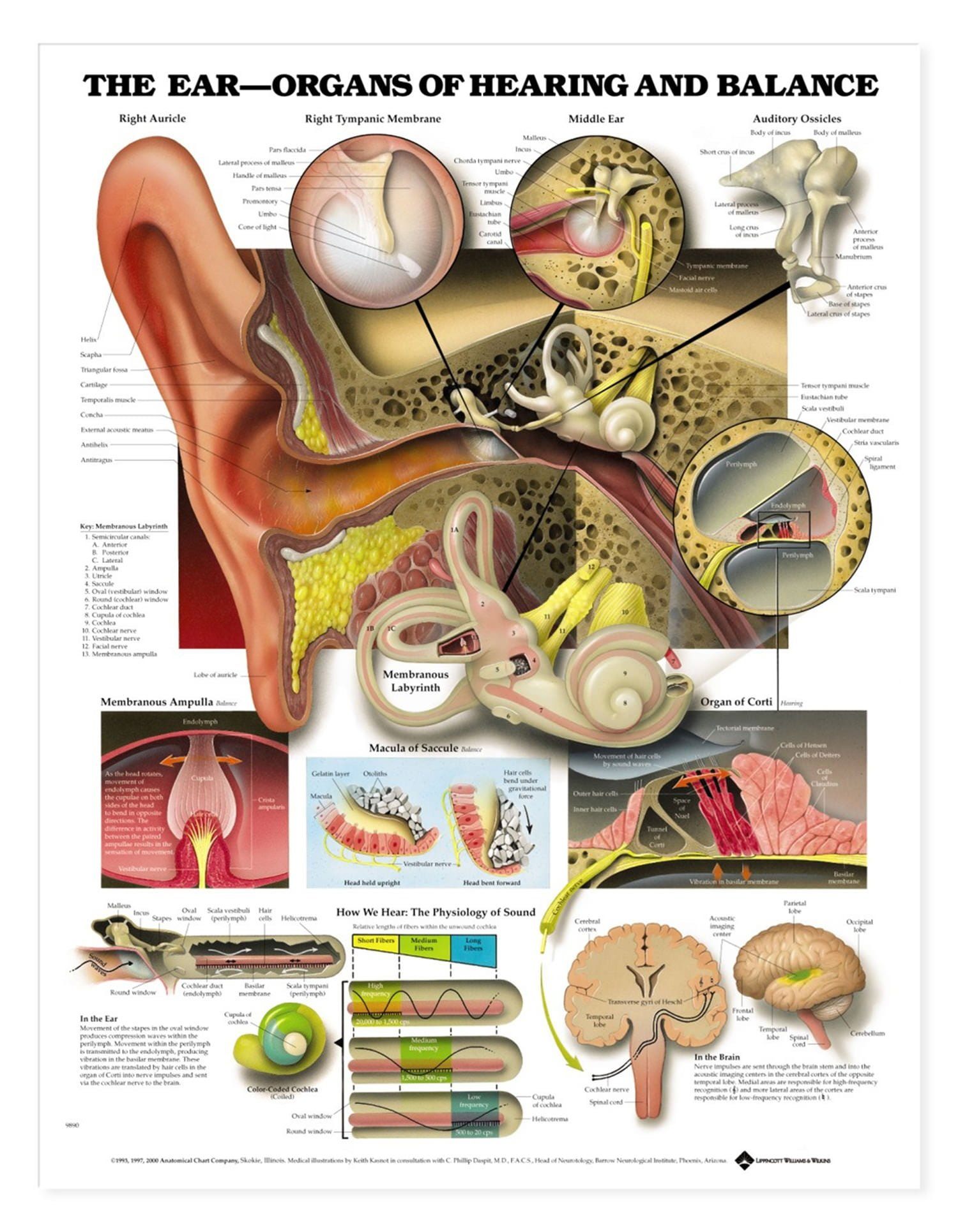 23 Reviews
The Ear: Organs of Hearing and Balance Anatomical Chart...
Buy on Amazon