1. Understanding the stress response to help stay calm under pressure

A stressful situation, whether it’s an upcoming sports event, or worrying about the loss of a job, can result in a surge of stress hormones producing physiological changes such as quickened breathing, pounding heart, and tensed muscles. These physiological responses to stress are also referred to as the fight or flight response.

What is the fight or flight response?

The fight or flight response is a physiological reaction that evolved as a mechanism for survival which prepares us to react swiftly to dangerous situations – either fighting the threat of danger or fleeing from it. When experiencing a stressful event, a distress signal is sent to the hypothalamus from the amygdala, an area of the brain contributing to emotional processing. After the distress signal is sent, the sympathetic nervous system is activated by the hypothalamus from signals sent to the adrenal glands, which then respond by pumping adrenaline into the bloodstream. The adrenaline is what produces the physiological changes which happen so quickly that the visual centers of the brain haven’t had a chance to fully process the event.

The body can however also overreact to stressors which are perceived as dangerous, and most modern day stressful situations do not warrant a fight or flight response. You need to be alert and pay attention to the warning signs that the body sends you when you’re in a stressful situation. It’s important to know how your body reacts in these circumstances so you can learn how to calm down before the fight or flight response takes place. If you’re able to stop your body before it gets worked up, you’ll have a better chance at staying calm. Keeping your head in the moment is half the battle for staying calm under pressure. 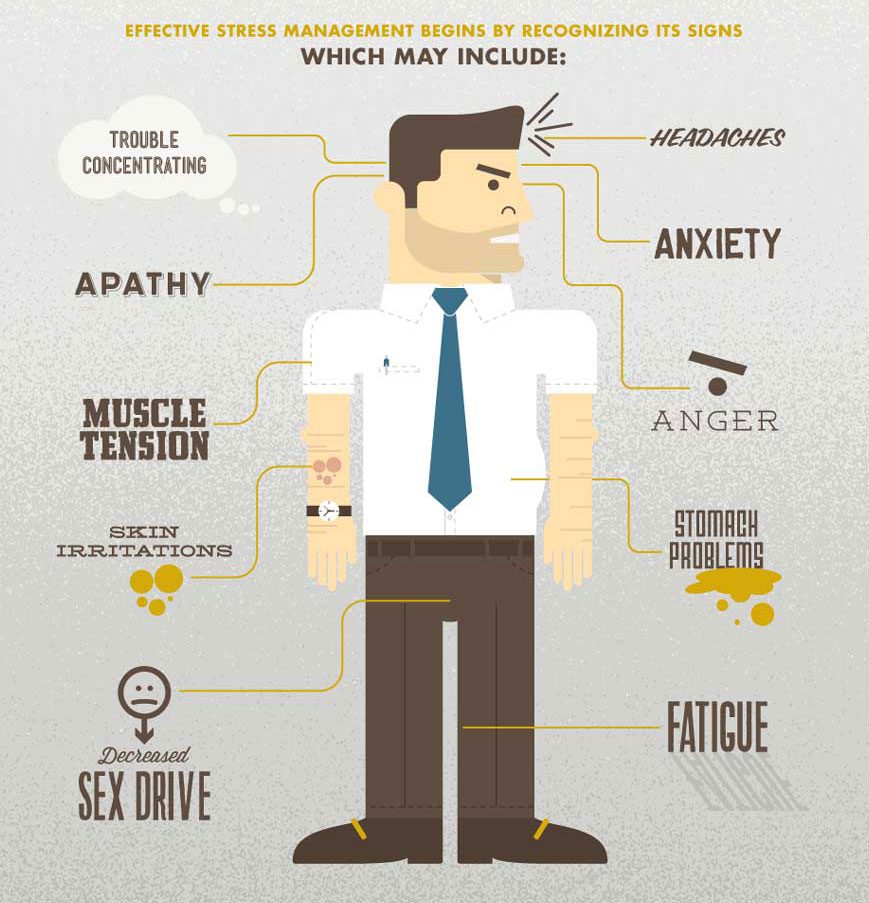 Page 1 of 10NEXT
Want to use any of our images on your site?
Just right click on image for the embed code

10 ways to clear your mind of stress (SCIENTIFICALLY PROVEN)